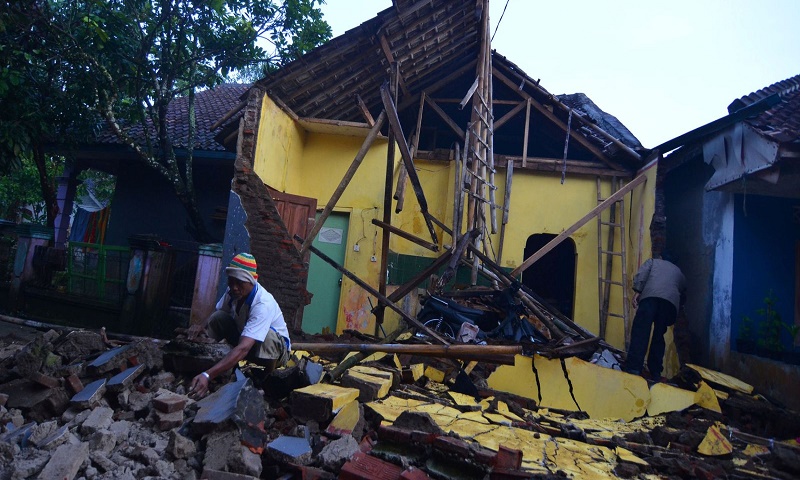 An earthquake measuring 6.1-magnitude rocked Indonesia's East Java province on Thursday, but was not a potential for tsunami, an official at the Meteorology and Geophysics Agency said, reports IANS.

The quake rocked at 2.06pm with an epicenter at 56 km of Tuban and with the depth at 656 km under sea bed, the official said.

Several minutes later, a 6.0-magnitude quake with the depth at 623 km under sea floor, and is believed to be an aftershock, struck off the province, he said, adding an analysis on the status of the last quake is being undertaken, Xinhua news agency reported.

Indonesia is prone to quake as it lies on a vulnerable quake-impacted area called "the Pacific Ring of Fire".