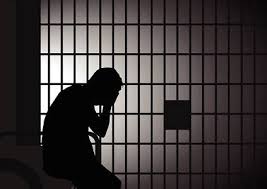 A Dhaka court awarded a suspended official of Uttara East Police Station and a former BGB member to two years rigorous imprisonment for their attempt to loot 18,800 dollars (Tk 15 lakh) from the owner of a money exchange company.

The convicts were identified as suspended ASI Alamgir Hosen and an ex-BGB member Masum Billah.

Metropolitan Magistrate Debdas Chandra Adhikary of Speedy Trial Court-3 of Dhaka passed the order in presence of the convict,

The court also fined them Tk 5000 each, in default of which, they will have to serve one more month in jail.

Both of the convicts were on bail but the court cancelled their bail and sent them to jail after the verdict.

The accused tried to snatch USD 18,800 from one Ilias Hosen, owner of a money exchange company, in front of Rajlokkhi Market of Uttara in Dhaka on April 4, 2017.