Nicotine-free e-cigarettes can cause damage to your blood vessels 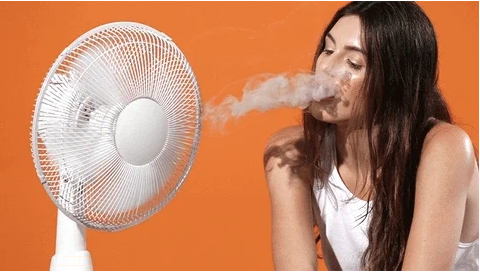 For every 10 smokers out there, there is at least one “vaper”. Come on, you’ve seen them—standing out from amongst the crowd, sucking on their Juul. Perhaps you are one of them too.

Whether you partake in e-cigarettes or are thinking of making the move, here’s a bit of information that will make you reconsider your decision. A new study suggests that smoking e-cigarettes or vaping can be harmful to the blood vessels even when the vapour is entirely nicotine-free.

For the study, published in the journal Radiology, the researchers performed MRI exams on 31 healthy, non-smoking adults before and after vaping a nicotine-free e-cigarette.

Comparing the pre- and post-MRI data, the single episode of vaping resulted in reduced blood flow and impaired endothelial function in the large artery that supplies blood to the thigh and leg.

The endothelium, which lines the inside surface of blood vessels, is essential to proper blood circulation. Once the endothelium is damaged, arteries thicken, and blood flow to the heart and the brain can be cut off, resulting in heart attack or stroke.

“While e-cigarette liquid may be relatively harmless, the vaporisation process can transform the molecules—primarily propylene glycol and glycerol—into toxic substances,” said Felix W. Wehrli, Professor at the University of Pennsylvania in the US.

“Beyond the harmful effects of nicotine, we have shown that vaping has a sudden, immediate effect on the body’s vascular function, and could potentially lead to long-term harmful consequences,” Wehrli said.

In this study, the research team examined the impact of an e-cigarette that contained propylene glycol and glycerol with tobacco flavouring, but no nicotine.

Using a multi-parametric MRI procedure, researchers scanned the large artery and vein in the leg before and after each vaping episode to see how vascular function changed.

The researchers then performed a statistical analysis to determine group differences in vascular function before and after vaping. They observed, on average, a 34% reduction in the femoral artery’s dilation.

E-cigarette exposure also led to a 17.5% reduction in peak blood flow, a 20% reduction in venous oxygen, and a 25.8% reduction in blood acceleration after the cuff release—the speed at which the blood returned to the normal flow after being constricted.

These findings suggest that vaping can cause significant changes to the inner lining of blood vessels.