Back in form, Mahmudullah keen to break the Afghanistan hoodoo 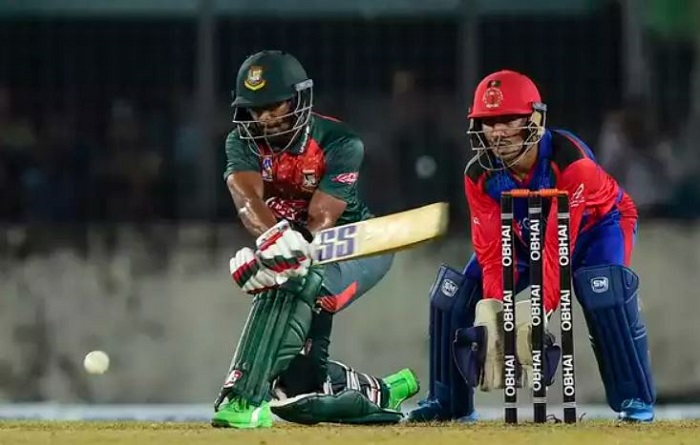 Bangladesh batsman Mahmudullah has called upon his team to take confidence from their comfortable win over Zimbabwe and give it their best shot when they meet Afghanistan on September 21. That game will be a final dress rehearsal before the teams clash in the final of the tri-series.

In recent years, Afghanistan have had the wood over Bangladesh. They defeated Bangladesh in the one-off Test match and also won both their games in the tri-series so far.

"I think we need to focus on our next match. They are ranked higher than us and we need to keep that in mind. If we want to win we have to play our best cricket and we need to take this confidence into our next game so that we can have a good game. That will help us have a morale boost ahead of the final," Mahmudullah told reporters at the post match press conference at ZACS on Wednesday.

"In recent times, the results are not going our way. We lost the Test match, lost to Sri Lanka and the last T20 match too," he added.

Taking responsibility upon himself, Mahmudullah cracked a superlative half-century as the host defeated Zimbabwe by 39 runs to earn a place in the final, scheduled at Dhaka on September 24.

"Everybody was very hungry today. The team management from coaches to Shakib everyone talked about it. In fact Shakib was very vocal," he said.

Mahmudullah, who scored 44 runs against Afghanistan in the previous match, looked to be batting in a different zone on his way to fifty against Zimbabwe, one that he scored after a gap of two years and nine months in the shortest format, considering his last one came against New Zealand in Napier in January 2017.

Mahmudullah said that he is not too concerned with all those milestones. What was noteworthy was the way Mahmudullah constructed his innings after coming to the crease at number five, with Bangladesh in a spot of bother at 65 for 3. Everyone before him tried to go after the bowling, eager to hit through the mid-wicket region or improvising with some scoop and reverse sweeps.

Mahmudullah, too, started that way but soon resorted to his strength, which is playing in the V. The evidence of it arrived when he danced down the wicket to leg spinner Ryan Burl and hit the ball straight down the ground for a six.

It was just the beginning though. His fourth-wicket partnership with Mushfiqur Rahim contributed 74 runs and laid the platform for a competitive total on the board.

"I was prepared to counter attack, even if that was the first ball of the innings. Basically I don't play too many reverse sweeps but I tried and I could not connect. But Mushfiqur's strength is playing those shots.

"Wicket was very good today and I think it was 190 plus or 200 plus wicket. So when me and Mushy were batting together we thought of scoring 180 to 190 runs and we felt we were probably 10 to 15 runs short in the innings break but the bowling unit bowled brilliantly."