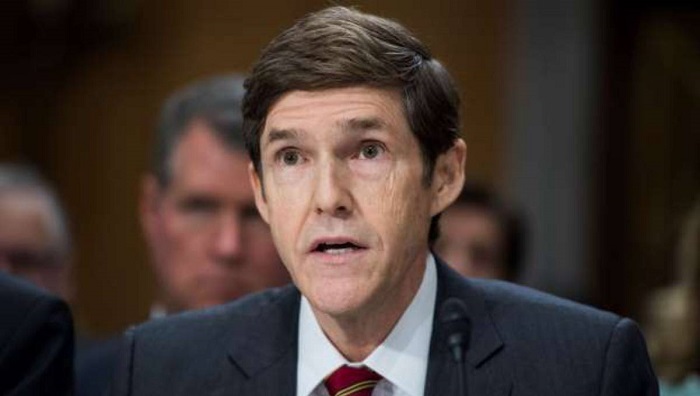 US Ambassador Earl Miller on Thursday said his country is committed to supporting Bangladesh in its efforts to tackle money laundering, terrorism financing, and strengthening the rule of law.

“We share a common goal of preventing terrorism by identifying and choking off financial support for terrorists and their organisations,” he said while inaugurating a workshop - ‘Investigating and Prosecuting Financial Crimes’ - at a city hotel.

Ambassador Miller said the US Embassy, through the Department of Justice’s Office of Prosecutorial Development, Assistance and Training (OPDAT) and the State Department, has partnered with Bangladeshi colleagues to provide programmes like this since 2005.

He said stopping the flow of money to terrorists takes a regional and international effort.

“So it’s fitting we hold this workshop, in Bangladesh, the co-chair of the Asia Pacific Group for Money Laundering for the 2018-2020 term,” he said.

Miller said the US and Bangladesh have been working together to build strong legal institutions that respect the rule of law and are, in turn, respected by fellow citizens. “It’s what they expect, it’s what they deserve,” he said.

He, however, said it is not enough to adopt strong laws prohibiting money laundering and terrorism financing. “The laws must be enforced by trained investigators, prosecutors, and analysts such as you,” the ambassador said.

He mentioned that through joint training like this – practical, hands on – prosecutors, investigators, and regulators get to know each other and the unique and crucial role each can play.

“This is critical,” Miller said, “because terrorists are becoming more sophisticated all the time.”

He noted that working in a smarter way and combining the knowledge and skills are a must.

“We gain through collecting and analysing financial intelligence, especially when we combine it with other intelligence, [and it] enables us to focus in a precise manner on real threats to our society,” he added.