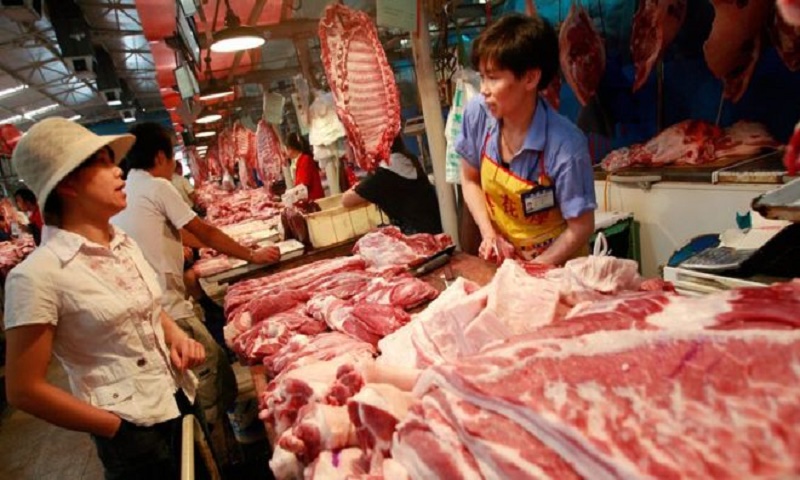 China is set to release pork supplies from its central reserves as it moves to tackle soaring prices and shortages caused by an outbreak of swine fever.

A state-backed body will auction 10,000 tonnes of frozen pork from its strategic reserves on Thursday, reports BBC.

China, the world's biggest producer and consumer of pork, has struggled to control the spread of the disease.

Beijing has slaughtered more than 1 million pigs in a bid to contain the incurable pig virus.

The highly contagious disease is not dangerous to humans, but has hit China's crucial pig-farming industry and driven up costs for consumers.

In a bid to stabilise prices, a state-backed group that manages the pork reserves will auction imported frozen pork from countries including Denmark, France, the US and UK.

Only 300 tonnes will be sold to each bidder at the auction.

Pork is used widely in Chinese festivals, and the auction comes as the country prepares to celebrate a week-long national holiday for the 70th anniversary of the People's Republic of China.