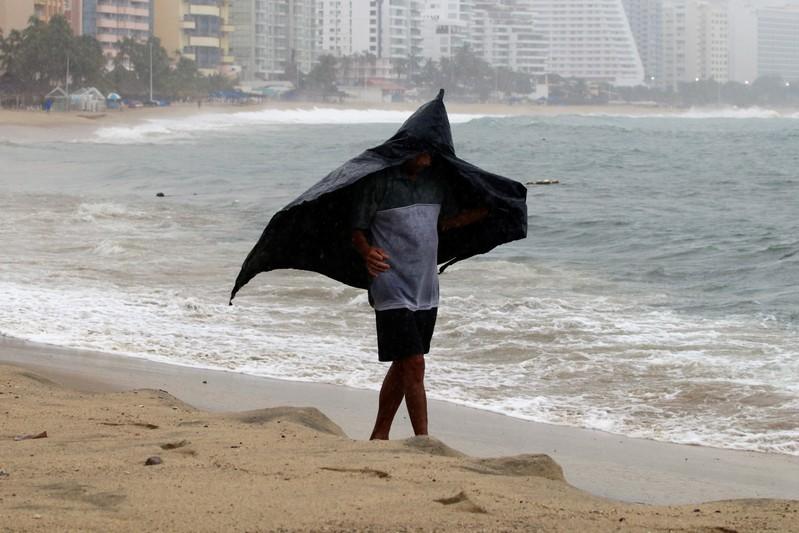 Lorena is expected to brush or hit land by early Thursday somewhere between the port of Manzanillo and Puerto Vallarta on Mexico's southwestern Pacific coast, reports AP.

The US National Hurricane Center says Lorena had winds of 70 mph (110 kph) and was moving northwest at 12 mph (19 kph) late Wednesday.

It was located about 35 miles (56 kilometers) south-southeast of Manzanillo.

Mexican officials say they're concerned that some parts of southern Mexico, which have seen a lack of rainfall, could now get torrential rains and floods from a combination of Lorena and two other weather systems in the area.

Elsewhere, the core of Hurricane Humberto was centered at 11 pm EDT Wednesday about 130 miles (209 kilometers) north northeast of Bermuda. It's moving to the northeast at 23 mph (37 kph). Forecasters say hurricane-force winds are expected to continue across Bermuda into early Thursday morning.