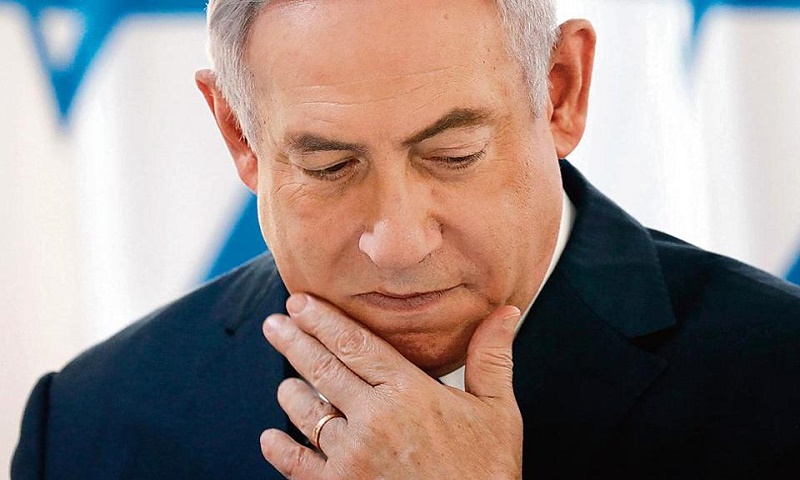 Israeli Prime Minister Benjamin Netanyahu failed to win a ruling majority in an election that produced a virtual tie between his right-wing bloc and a centre-left grouping that would be led by former military chief Benny Gantz.

The outcome, according to almost complete results published on Wednesday, dealt a new blow to Israel’s longest-serving leader who was already weakened by the inability to put together an administration after an inconclusive election in April, Agency reported.

But with coalition-building again key to forming a government, it could be days or even weeks before it becomes clear whether the wily politician hailed by supporters as “King Bibi” has been dethroned after a decade in power.

With Israeli media reporting more than 90 percent of votes counted in Tuesday’s election, the bloc led by Netanyahu’s Likud party was more or less even with a likely grouping headed by Gantz’s centrist Blue and White party.

A Likud-led bloc looked poised to control 55 of parliament’s 120 seats, with 56 going to a centre-left alliance, numbers falling short of a majority government of 61 lawmakers.

A Likud spokesman said the leaders of right-wing factions met Netanyahu at the prime minister’s office on Wednesday and pledged to work with him to form the next government.

Netanyahu, 69, appeared fatigued and hoarse in a 3 am election night speech to party faithful earlier on Wednesday in which he said he intended to form a “Zionist government”, without Arab parties that could lend support to Gantz.

Gantz has not ruled out a unity administration with Likud but has said Blue and White would not join such a government if it included Netanyahu, citing looming corruption charges against the prime minister, who has denied any wrongdoing.