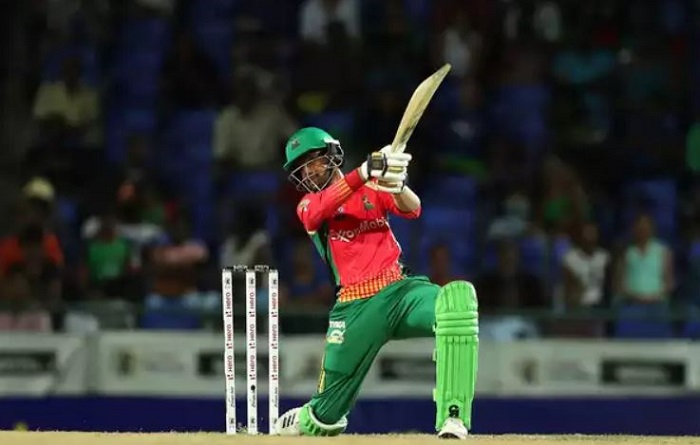 Malik applied the finishing touches to a dominating batting effort, his unbeaten 37-ball 67 taking Guyana to 218 before tactically outsmarting the Tallawahs top-order with eight overs of relentless spin.

Malik's only misstep, on an otherwise blemish-free day in the office, was when he called wrong at the Toss. But his team made the most of being asked to bat as Shimron Hetmyer and Brandon King offset the early loss of Chandrapaul Hemraj with clean hitting. In eight overs, Guyana raced away to 74 before Hetmyer's 25-ball knock of 44 was ended by Dwayne Smith.

Malik, the new batsman, ensured there was no loss of momentum as he joined King for another rapid partnership. While King alternated between block or six (he hit half a dozen maximums) Malik brought his famed street-smartness to the partnership, using the late cut past short third-man to excellent effect. Even after King's dismissal, the batsmen that followed - Nicholas Pooran (20 off 11) and Sherfane Rutherford (15 off 6) - combined with Malik to propel the total well past the now-customary (for this season) 200 mark.

Given the propensity of teams to make seemingly insurmountable totals chaseable this season, the Tallawahs - what with a bevy of hard hitters at their disposal - would have fancied their chances. But they were sucker-punched out of the contest by Malik, who didn't offer the batsmen any pace to work with. Chris Green and Imran Tahir opened the bowling and had both Gayle and Glenn Phillips on a tight leash. Gayle attempted to break free against Tahir but only succeeded in top-edging a wild slog to be dismissed for 7.

Tahir followed that up with the wicket of Chadwick Walton while Green and Qais Ahmed removed Javelle Glenn and George Worker respectively. After eight continuous overs of spin, Jamaica were forced into a corner that read 51 for 4. What the opening squeeze achieved was put the target beyond Andre Russell's reach. Russell, as is his wont, made a fist of it for a while - slamming two sixes off Keemo Paul enroute his 19-ball 40. Malik was once again on hand to take a crucial catch to send back Russell and Paul returned to polish off the tail to stud a day of Guyana dominance with a three-wicket haul of his own.