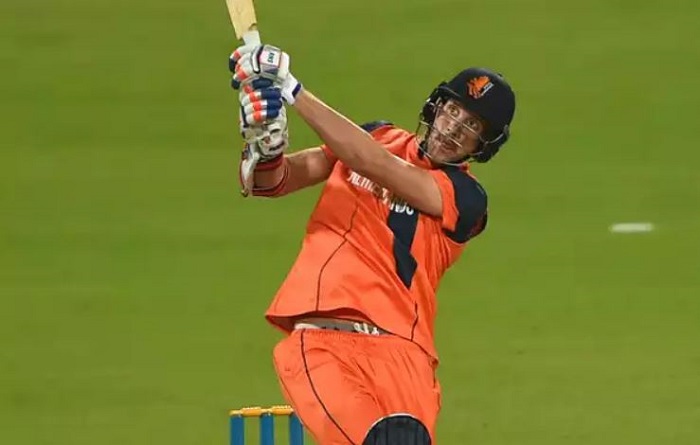 In a thrilling game that swung like a pendulum, Netherlands beat Ireland by six wickets in the fourth match of the tri-series in Dublin, keeping themselves in contention after a wash-out and a big defeat in the first two games threatened to sidetrack their campaign.

Ben Cooper's unbeaten 91 off 56 balls ensured that Netherlands sealed a thrilling victory in the last over.

Chasing 182 on a good pitch, Netherlands lost Tobias Visee first-ball to Mark Adair but what followed was a stunning assault from M O'Dowd and Cooper. At 144 for 1 after 15 overs, with two well set batsmen at the crease, Netherlands looked set to seal a comfortable win when O'Dowd (69 off 45) fell to George Dockrell. Tony Staal was out bowled in the same over, bringing Ireland right into the match. That it came in the over after Ben Cooper's dropped catch at backward point ensured that the breakthroughs meant much more.

Dockrell picked his third wicket in the form of Pieter Seelaar in his next over, the 18th of the innings, which meant Netherlands needed 19 off the last two overs, with a new batsman in Scott Edwards on strike. The penultimate over of the innings was bowled by Stuart Thompson, who had conceded 34 in his three overs already, and was hit for a hat-trick of boundaries by Edwards, bringing the equation down to only five runs off the final over. And Cooper took one ball in the last over to finish it with a six. That was his seventh six to go with five boundaries.

Ireland's 181 for 8 after opting to bat first clearly looked short of par at the halfway mark. At 128 for 2 in the 12th over, they promised much more. After losing Gareth Delany and Kevin O'Brien to Brandon Glover inside the powerplay, Andrew Balbirnie (45 off 26) and Harry Tector (60 off 40) had put on quick runs. But Balbirnie's wicket to Seelaar robbed them of all the momentum. Ireland only scored 17 runs off the next 17 balls when Gary Wilson was out caught off Philippe Boissevain.

Ireland scored only 53 runs off the last eight overs, and Tector's maiden T20I fifty was what got them there.

As a result of this win, Netherlands jump from the bottom of the pile to the second spot on the points table. They take on Scotland tomorrow, a side that handed them a heavy loss earlier in the tri-series. Ireland, meanwhile, are still top of the table with six points from three games.