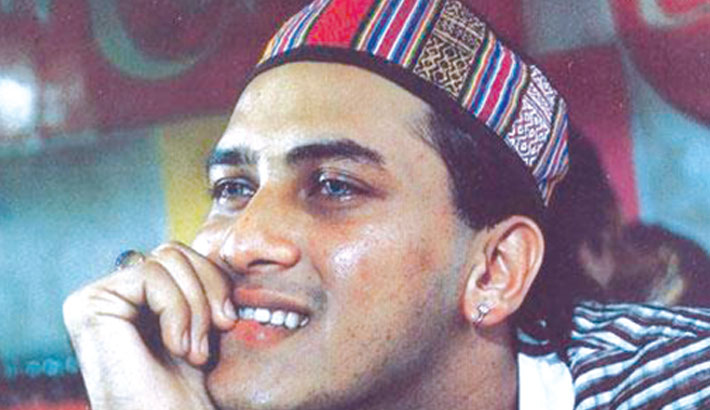 Dhallywood iconic hero Salman Shah’s 48th birth anniversary will be observed today.Salman Shah was known as the Prince of Dhallywood. The young actor captured the hearts and minds of his fans through his fabulous performances on the screen.To mark the day in a befitting manner, different socio-cultural organisations chalked-out elaborate programmes across the country.Besides, satellite television channels of the country also telecast a set of quality programmes to pay tribute to the late superstar.Dhooli Communications, a cultural organisation has arranged a week-long event titled ‘Salman Shah Jonmotsob 2019’ marking the day. Presented by TM Films, the event will be held at capital’s Madhumita Theatre from September 20 to 26. Through this event TM Films will start their journey.

Chairman of the organisation Farzana Munnu said, “Salman Shah is a timeless actor. He is all of ours favourite. We are very proud to associate with an event of him. And we are officially starting TM Films through this programme.”“Our mission is to create an international platform for our artistes, directors, audience overall the film industry. As we did it in the music industry through the show ‘Wind of Change.’ We have all resources; just we need the right direction, she added.”Salman Shah starrer six movies will be screened in ‘Salman Shah Jonmotsob’.Dhallywood super star Shakib Khan will inaugurate the festival at 10:30am today while State Minister for Information and Communication Technology Division Zunaid Ahmed Palak will grace the occasion as chief guest.

Shahriar Chowdhury Emon, who is better known as Salman Shah, was born in Sylhet on September 19 in 1971.Salman Shah was and is still a shining star in the sky of the country’s film industry.Salman quickly became the nation’s heartthrob since his debut in ‘Keyamot Theke Keyamot’, and his tragic end only brought him closer to the audience, who continue to celebrate his legacy.

He started his career with the one episode TV serial Pathor Shomoy. After that he was seen in TV advertisement. He act ‘Akash Choan’ which was telecast in BTV in 1985. Afterwards, he acted in dramas like Deyal, Shob Pakhi Ghore Fire, Shoikote Sharosh and Nayan. His acted ‘Nayan’ won the Bangladesh Chalachchitra Sangbadik Samiti-BACHASAS award as the best single drama of that year.Salman’s first appearance in a major role was in Keyamat Theke Keyamat released in 1993.Salman had starred in many successful films including Keyamat Theke Keyamat, Antorey Antorey, Bikkhov, Denmohor, Bichar Hobe, Ei Ghor Ei Shongshar, Jibon Shongshar, Chawa Theke Pawa and Anondo Osru.

The actor took the film industry to a new horizon where the film lovers of Bangladesh witnessed an individual with multitalented qualities to be a real hero and they finally got that romantic hero. With this blockbuster not only did the Dhallywood heartthrob’s career take off sky high but young movie goers flocked once more to cinema theatres and the film industry re-entered a golden era. His untimely death sent shockwaves across the film industry and to his adoring fans.

Salman Shah breathed his last on September 6 in 1996 at the age of 25. His body was found hanging from the ceiling fan at his own residence in Eskaton in the capital.  Though the autopsy report said the death as a suicide case, the mystery about his death has not yet been solved.