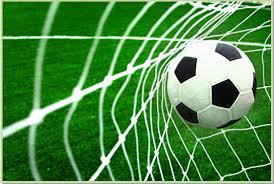 Bangladesh suffered a 0-2 goal defeat to host Qatar in their opening group E match the AFC U-16 Championship-2020 Qualifiers was held at Aspire Dome Indoor Stadium on Wednesday night in Doha.

In the day’s match, Bangladesh team played well is first half creating some good chances but boys failed to convert those into a goal, according to a message received here today from Bangladesh Football Federation.

Moin was unlucky as he failed to give Bangladesh a deserving lead in one by one situation in the 30th minute while goalkeeper Mahaid played superb as he foiled lots of Qatar’s attempts under the bar.

Players were very motivated on the ground as around 500 Bangladeshi fans come in the stadium to supports the booters during the match. They support are inspired the Players to make a goal.

After the barren first half, Qatar took lead in the 58th minute and sealed the victory scoring the second goal in the 89th minute.

In another group E match, Yeman dumped Bhutan by 10-1 goals.

Bangladesh, Bhutan, Yemen and host Qatar are group E in the qualifiers,