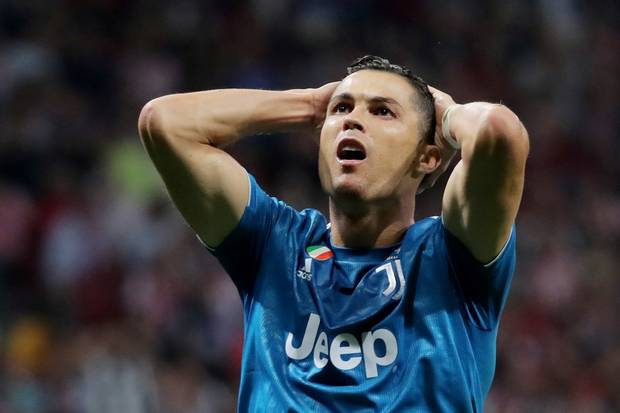 Hector Herrera grabbed a dramatic point on his Atletico Madrid debut with a late header that saw his side come back from two goals down to draw 2-2 in their Champions League opener against Juventus on Wednesday.

Herrera came off the bench to crash home Kieran Tripper's last-minute corner and complete the comeback after Juve had gone ahead through Juan Cuadrado's superb strike seconds after the break and a bullet header from Blaise Matuidi on 65 minutes.

Stefan Savic gave the home fans hope when he pulled one back for Atletico five minutes after Frenchman Matuidi had doubled the away side's lead.

"I'm happy to have made my first appearance and to have helped the team. This side is known for how it always fights to the end," said Herrera to TV broadcaster Movistar.

"A draw against a team like Juventus isn't bad at all. We wanted to win the match but a draw is a good result given the quality of the opposition."

Both sides now trail Lokomotiv Moscow in Group D thanks to the Russians' 2-1 win at Bayer Leverkusen after a result that left Maurizio Sarri's Juve disappointed they didn't get more from an impressive second-half display.

"I think we played well but we have a bitter taste in our mouth now because we felt we had the game in our hands," said Sarri.

"We need more attention and focus on set-pieces. We will work on that."

Cuadrado had flashed Juve into the lead two minutes after the restart with an exceptional strike after good work from Gonzalo Higuain, who rolled a neat pass that allowed the Colombian to smash home the opener.

Jose Maria Gimenez then passed up a good chance to level when he blasted over Koke's pull-back, and the away side capitalised when Matuidi charged onto Alex Sandro's cross and thumped his header past Jan Oblak.

The hosts got back into the game almost immediately when Savic headed home a towering Gimenez's perfect knockdown, and they were then pleading for a penalty with seven minutes left when referee Danny Makkelie waved away their appeals despite Matthijs de Ligt kicking the ball onto an unsuspecting Leonardo Bonucci's hand.

Juve had almost re-established their two-goal advantage shortly before when Higuain's powerful shot was pushed out to Matuidi, whose follow-up was cleared off the line by Trippier.

Atletico got a deserved leveller with yet another header, this time from substitute Herrera who beat an uncharacteristically weak Juve defence to power home his first goal since signing from Porto in the summer.

The home fans had to survive one last scare however, with an otherwise quiet Cristiano Ronaldo coming to within centimetres of an incredible winner when his mazy dribble ended with a low drive that beat Oblak and the far post.