JL chairman questions why action not taken so long 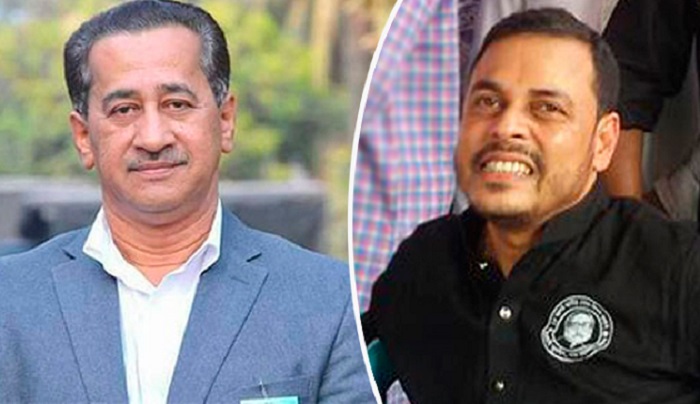 Awami Jubo League Chairman Omar Faruk on Wednesday raised a question over actions of law enforcing agencies saying why they did not take any action to JL leaders if there were allegations against them.

In an immediate reaction after the arrest of Khaled Mahmud Bhuiyan, Organising secretary of Dhaka (South) metropolitan Jubo League unit, Omar Faruk raised the question to the reporters.

On Wednesday night, a team of Rapid Action Battalion (RAB) arrested Khalid from his Gulshan residence for running illegal casino at Young men’s club in the Fakirapool area under Motijheel Thana in the capital. RAB team also recovered an illegal firearm and drugs from his house.

JL leader Khaled was arrested after a drive had been conducted at the casino on Wednesday evening. Some 142 people were detained from the casino and they were sentenced to different terms by RAB’s mobile court. Huge drugs also seized from there.

In his reaction, Omar Faruk also said that Dhaka (South) Jubo League is very much organised unit. Before today, there was no allegation comes out against them. Why they were being alleged of a sudden? And if there were allegations, why law enforcing agencies did not take action?

He also smelled a rat in Khaled’s arrest. He asked whether this arrest was a conspiracy to cripple the party and the Jubo League.

Omar Faruk mentioned that if there was allegation against JL leaders and activists, Awami Jubo League will investigate them by its own tribunal and will take stern organisational action against the guilty.