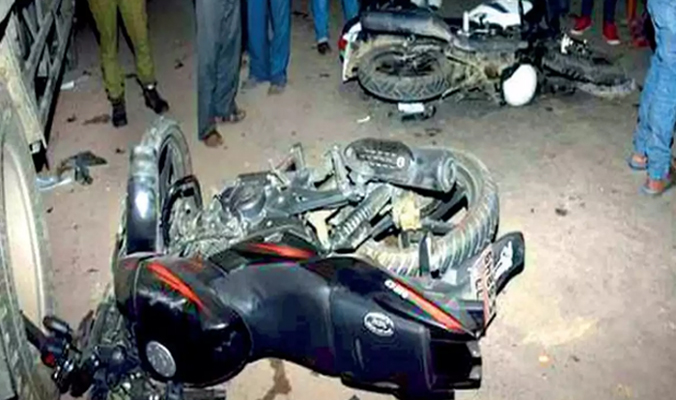 Two people were killed as their motorcycles collided head-on at Siddikhola on Madaripur-Faridpur highway in Sadar upazila on Wednesday night.

The deceased were identified as Saiful, 25, and Rakib, 27, hailing from Rajdi village of Kalkini municipality area, reports UNB.

Shaugatul Alam, officer-in-charge of Sadar Police Station, said the accident took place around 10:00 am at Siddikhola, leaving Sayful dead on the spot while Rakib succumbed to his injury on way to the hospital.

Bodies were handed over without autopsy, said the OC, adding a case was filed in this regard.