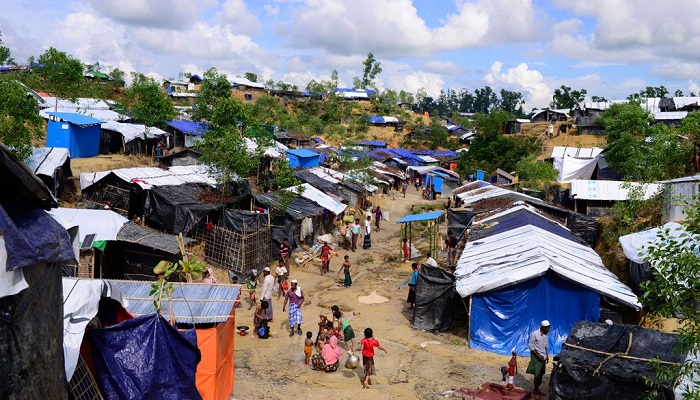 Despite the growing ties between Dhaka and Beijing, the repatriation of Rohingyas has become uncertain not only due to lack of interest of Myanmar but also “not enough” pressure on Naypyidaw by China, said an official source.

The repatriation process could take a “long time” creating security issues, according to officials and analysts. “It is a difficult process and they might be here for at least a year.”

Amid the growing ties in trade and development sectors, Prime Minister Sheikh Hasina had requested China to “pressure” Myanmar to take back its people. Subsequently, China for the first time sent its diplomats to see the repatriation on 22 August this year, but the process collapsed for the second time as the Rohingyas refused to go home.

A government official concerned, speaking on condition of anonymity, told the daily sun that “it was hoped that the repatriation will start even in a small way this time, but China’s efforts to convince Myanmar to take back the Rohingyas was not enough. Myanmar’s lack of interest in taking back its people is another major reason for which the repatriation (on 22 August) could not be started as planned.”

Asked about the Rohingyas putting up conditions one after another for going back to their homes in Rakhine state, the official said, “It is organised and an eyewash … they do not want to go back  … several aid agencies also want them to stay here.”

On the army’s proposal to fence the camps, the official said it was a question of a huge area and could irk rights groups. “But since it was a national security issue it will be discussed before the proposal is implemented.” Security analysts backed the idea of fencing and monitoring by close-circuit cameras.

“If India, as well as many western countries, can set up fenced detention camps to keep illegal migrants, why not us … it is a matter of national security,” one analyst argued.

The army in a meeting of the parliamentary committee of defence ministry headed by retired general Subid Ali Bhuiyan MP sought to put barbed wire fence around Rohingya camps due to security concerns. With the existing 12,00,000 another 400,000 newborns, a staggering 16,00,000 pose a serious threat to local residents of Cox’s Bazar and Teknaf areas as well as in some other districts.

Since there is no fence restricting movement outside the camps, Rohingyas might move to other parts of the country, according to a working paper presented to the parliamentary standing committee. The committee’s president Shubid Ali Bhuiyan, a retired army general, told the daily sun that the army’s fencing proposal has been sent to relevant authorities, but refused to give details.

As such, an Asian version of Palestine is emerging on the shores of Bangladesh, a realization which may have prompted Hasina to say on June 26 that “our security and stability will be hampered” if the Rohingya remain in their camps, wrote Bertil Lintner, a Swedish journalist and strategic consultant, in the Asian Times.

He noted that Bangladeshis were growing increasingly resentful of the refugees and worried about the loss of their livelihoods.

“…the longer so many Rohingya stay in refugees in desperate conditions in Bangladesh, they could become targets for radicalisation by extremist groups.”

Both Lintner and Joshua Kurlaqtziq of the Council on Foreign Relations warned that “the Rohingya are ‘here to stay’ in Bangladesh, at least for a long time.”

The displaced Rohingyas are living in 31 makeshift camps in Cox’s Bazar. Army personnel have been working to ensure security in the camps since the beginning of the latest exodus of Rohingyas — from Myanmar to escape persecution by its army — in 2017. They have been helping the local administration distribute relief materials, water and provide healthcare. They also conduct patrols around the areas with law enforcement agencies every day to maintain law and order.

Let Gen Mahfuzur Rahman told the defence committee that there were 400,000 children — aged between 12 and 17 — in the camps. “They will become a threat not only to Bangladesh but to entire South-East Asia.”

Given the opportunity, they will spread across the country and international terrorist organisations will try to use them to serve their interests, he added.

The Rohingyas have been increasingly becoming restive. Living in abject poverty for decades in their homeland Myanmar, their habits apparently have turned extremely unacceptable. From drugs, prostitution to smuggling has been their way of life. Militancy is their current new activity.

The question is why they were arming themselves with disguised weapons unless they have ulterior motives against their host. A number of non-governmental organisations (NGOs) have been banned from the camps and others have been show-caused for breaking agreed terms of working with the displaced Rohingyas.

The Rohingyas do not want to go to their home on one excuse or the other nor to the designated Bhashanchar island and staged a massive rally which was very well organised, which set the alarm bells ringing.

Security analysts said the question was why were they arming themselves and getting organized other than to create chaos in Bangladesh, while rest of the world abandoned them with aid getting scarcer.

“As a matter of policy of the current government, Bangladesh will not allow its soil to be used against any of its neighbouring countries. Thus waging a war against Myanmar by the Rohingya is absurd … they have to go home and fight for their rights,” the official told the daily sun.

Kurlantzik said for Bangladesh it could seek resettlement of the Rohingya in third countries like Malaysia, Indonesia and Canada, besides Ireland, where a small community from this minority Muslim group have settled quite some time back.

The world’s largest camps have become a haven for anti-Bangladesh activities and Bangladesh now needs to rethink its “humanitarian policy” of sheltering them and treat them as “hostile people,” who should be forced back to their homes across the border with Myanmar, according to residents in Cox’s Bazar.

According to data from the district police, 76 cases were filed against Rohingyas in 2017. The number has already risen to 187 till August 25 of this year. Around 471 cases have been filed against 1,088 Rohingya since 2017, media reports said.