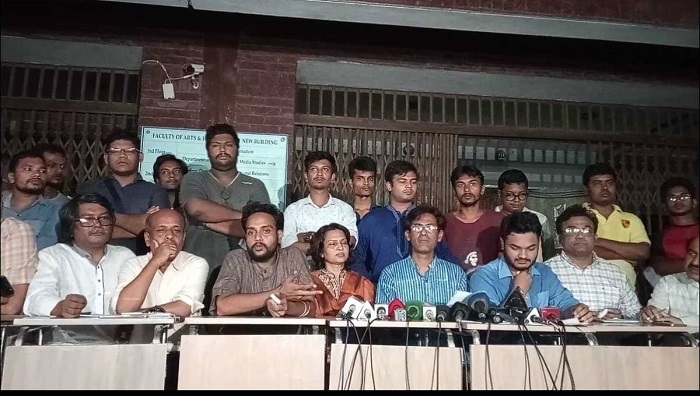 The protesting students and teachers of Jahangirnagar University (JU) on Wednesday demanded the resignation of Vice-Chancellor Professor Farzana Islam within October 1 over her alleged involvement in corruption.

They made the demand in a press conference at new arts building around 7:30 pm saying they would take strict measures if the VC does not meet their demand, reports UNB.

Besides, Professor Farzana was declared unwanted at the campus during the upcoming admission test examination of the university. At the same time, the protesters declared a demonstration programme for Thursday.

Professor Raihan Rain, one of the protesting teachers, said Professor Farzana has no moral right to remain the VC of the university after serious allegations of corruption.

“We would declare strict programmes if she does not resign respectfully,” he said.