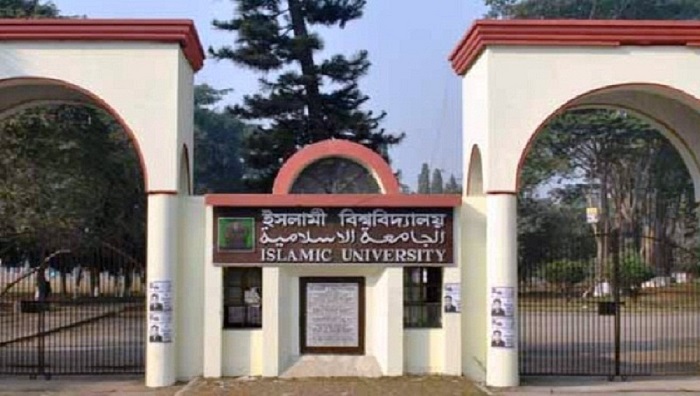 They also threatened the vice-chancellor of shutting down the IU campus if he would take action against him, reports UNB.

A reported audio conversation between Rakib and an unidentified person went viral on social media Facebook where Rakib talked about recruiting a candidate as a driver for the university.

On Wednesday, more than one hundred former leaders and activists of IU BCL unit, led by its former organising secretary Shishir Islam Babu, went to the conference room of the university’s administrative building around 12:00 pm and threatened the VC while he was addressing an annual performance agreement meeting.

“We will run the campus as we wish…do whatever you can,” Shishir Islam Babu was quoted as telling the VC, according to a teacher who was in VC’s conference office.

Another BCL leader, Jubair Al-Mahmud who accompanied Babu, threatened to shut down the campus if the university authorities did not take action against Rakib.

About a hundred teachers and officials including deans and provosts were present at the meeting.

One of the deans of the university alleged that Babu showed belligerent behavior with the university vice-chancellor. ‘We demand his punishment’, he added.

Acknowledging the threat, Babu said that they would shut down the campus along with the general students of the university if their demand was not met.

IU VC Professor M Harun-Ur-Rashid Askari told media that the way they entered the room during such an important meeting attended by deans and provosts “was not desirable”.