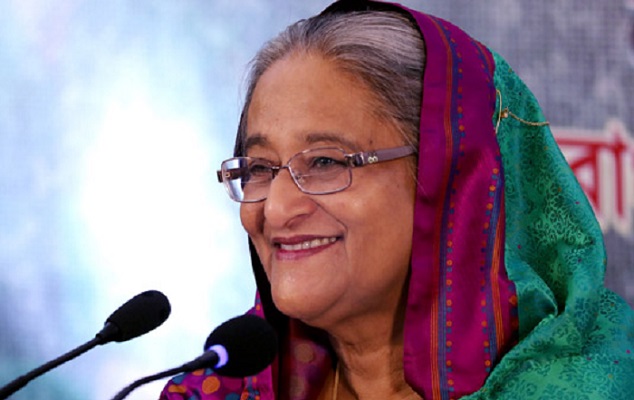 Foreign Minister Dr AK Abdul Momen said this on Wednesday while briefing reporters at his ministry about the prime minister’s participation in the 74th UNGA Session from September 24-29.

Besides, he said, UNICEF will honour the premier with an award titled ‘Champion of Skill Development for Youth’ on the sidelines of the UNGA session.

The foreign minister said an event styled ‘An evening to honour Her Excellency Prime Minister Sheikh Hasina’ will be organised to confer the award.

The prime minister is set to leave Dhaka for New York on Friday (September 20) for an eight-day official visit to the USA to attend the 74th UNGA Session.

She will deliver the country statement at the 74th Annual General Debate of the UNGA on September 27.

The total number of international accolades conferred on Prime Minister Sheikh Hasina has increased to 37 as she received “Dr Kalam Smriti International Excellence Awards-2019” on Monday.

Chief Adviser of Dr Kalam Smriti International Advisory Council Ambassador TP Sreenivasan handed over the accolade to her at a ceremony at the Prime Minister’s Office in the capital.

The award, introduced in memory of eminent scientist and former Indian President Dr APJ Abdul Kalam, has been conferred upon Prime Minister Sheikh Hasina as a recognition to her commitment for a close and mutually satisfying India-Bangladesh relations, welfare of her people, particularly women and children, and international peace and cooperation.