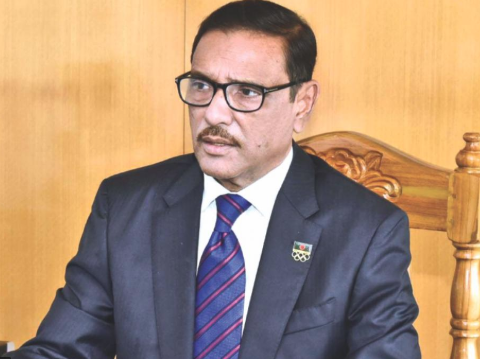 Awami League General Secretary Obaidul Quader said the ruling party has formed 12 proposed sub-committees ahead of its 21st National Council set to be held on December 20-21 next.

“The 21st National Council of Awami League will be held on December 20-21 next. We’ve formed 12 proposed sub-committees ahead of the council. Once we get clearance from the AL president, we will disclose the committees,” he told reporters after attending a meeting of the party’s secretariat body held at the AL President Sheikh Hasina’s Dhanmondi Political Office.

Quader, also the Road Transport and Bridges Minister, said the district, upazila, municipality, union and ward units of Awami League have been instructed to complete their councils before December 10 next.

In this regard, he said, eight teams of the party will visit at the grassroots level between September 21 and October 15 to make the grassroots leaders and workers prepared for the national council.

Stating that the government is taking stern actions against those involved in corruption and irregularities, the AL general secretary warned if anyone gets involved in wrongdoings or corruption, he or she will not be spared.

“There is a culture in Awami League that if anyone gets involved in graft or wrongdoings, he or she must faces the music. But there is no such culture in BNP,” he added.

Terming the Anti-Corruption Commission (ACC) an independent body, Quader said if any AL man is found involved in corruption or wrongdoings, he or she is not getting escaped. “The ACC has taken actions against many ruling party MPs. It submitted charge-sheets against them too,” he added.

About city elections, he said the schedules of three city elections, including Dhaka and Chattogram city corporations’ ones, may be announced in December next, but it is a matter of the Election Commission (EC).