142 detained from 'casino' in Dhaka 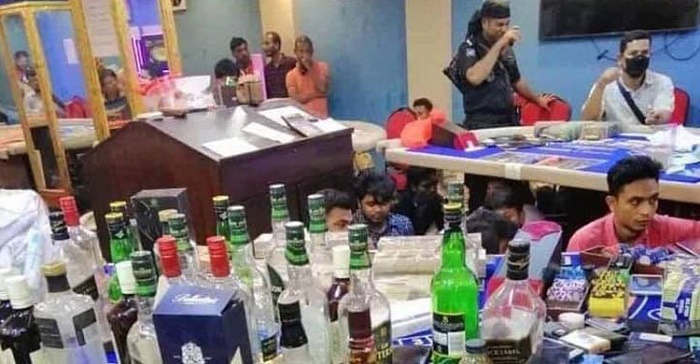 Sarwar Alam, executive magistrate of RAB said that a mobile court of the elite force conducted a drive at Fakirerpool Youngmen's Club around 5:30 pm and detained them from its "casino".

A huge amount of currency, foreign liquor and some casino boards were seized from the club, informed Sarwar- Bin-Kashem, director (legal and media) of RAB.