Security to be beefed up for Durga Puja: Home Minister 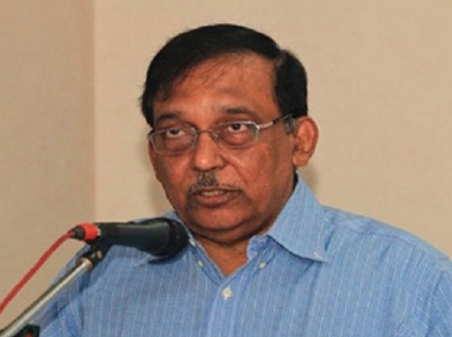 Home Minister Asaduzzaman Khan Kamal said security will be beefed up in all 31,000 Puja Mandaps throughout the country.

Police, RAB and other law enforcers will be deployed at each Puja Mandap for peaceful celebration of the festival,” he said after emerging from a meeting held today on security measures to be taken on the occasion of Durga Puja at his ministry conference room.

Besides, close circuit television cameras (CCTVs), archways and metal detectors will be installed at all Puja Mandaps, the minister added.

He said the law enforcers including intelligence agency will remain alert to thwart the trouble-makers during the Puja celebrations.

Women volunteer groups, fire service, river police and local volunteers will also be deployed at the Puja Mandaps and stern action will be taken against eve teasers, Kamal said.

As part of the security measures, police control room will be set up at upazila sadar and district headquarters to ensure foolproof security, he said.

Among others, DMP Commissioner Mohammad Shafiqul Islam and other concerned officials were present at the meeting.

Beginning on October 5, the five-day celebration will end on October 9 with immersion of Goddess Durga in the capital and also elsewhere across the country.