Action against those providing passports to Rohingyas: Home Minister 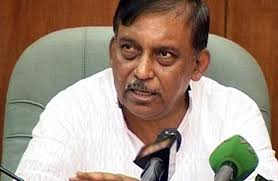 Home Minister Asaduzzaman Khan on Wednesday said action will be taken against those involved in providing passports to Rohingyas.

“Certificates from local chairmen, birth certificates and police verification are needed for passports. Everyone involved in irregularities will be punished. No-one will be spared,” he warned.

The minister was addressing the media at the Secretariat after a meeting on security during the Durga Puja.

Many agencies are involved in the process to provide passports to Rohingyas, he noted.

Asaduzzaman said the forcibly displaced Myanmar nationals were registered biometrically when they came to Bangladesh.

“They’re easily detected whenever they try to obtain passports. Those who are trying to bypass the system are also being caught,” the minister said.

Legal action is being taken against everyone involved, he said.

Bangladesh is currently hosting more than 1.1 million Rohingyas, most of them came here after August 25, 2017.

An unspecific number of Rohingyas have gone abroad with Bangladeshi passports obtained with fake documents and assistance of corrupt government officials.

Although there is no specific number, last year the Expatriates Welfare Minister said about 250,000 Rohingyas had travelled abroad with Bangladeshi passports.

Their involvement in criminal activities is tarnishing the image of the hard-working Bangladeshi workers.