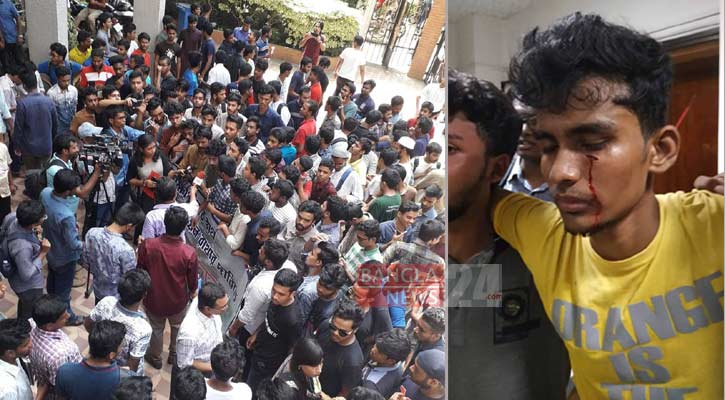 A group of Dhaka University students, protesting against corruption and illegal enrolment of Bangladesh Chhatra League (BCL) leaders, were attacked on the campus on Wednesday.

The students were protesting against the ‘illegal enrolment’ of 34 BCL activists into the evening programme ahead of the Ducsu polls.

Asif Mahmud, one of the protesters, sustained an eye injury. He was taken to the university’s medical centre.

Saddam rejected allegations that his supporters attacked the protesters.

“It was a conflict between two groups of general students,” he said. “Chhatra League has nothing to do with it.”