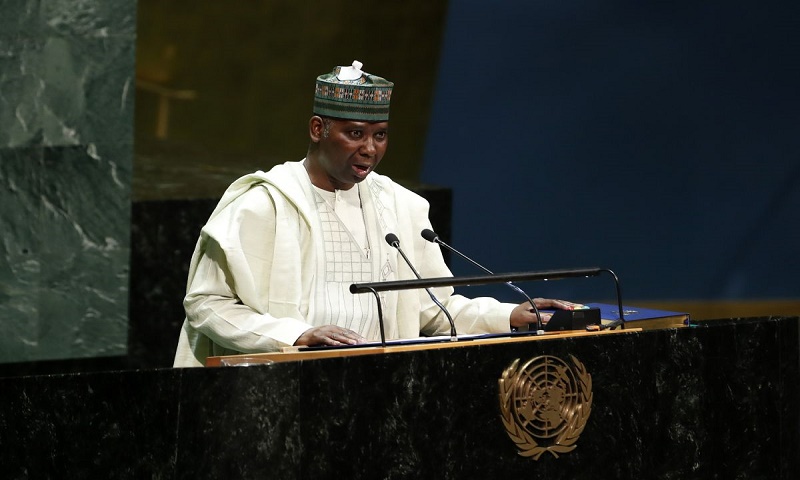 The 74th session of the UN General Assembly opened at UN Headquarters in New York of USA on Tuesday.

Tijjani Muhammad-Bande, president of the 74th session of the General Assembly, declared the opening of the 2019-2020 session of the most representative body of the UN, Xinhua reported.

In his remarks to the opening session, Muhammad-Bande asked for action in line with the theme of this year’s General Debate: “Galvanizing multilateral efforts for poverty eradication, quality education, climate action and inclusion.”

The General Assembly is one of the six principal organs of the United Nations, and the only one in which all member states have equal representation.

The General Debate at the beginning of each session is considered the largest gathering of world leaders.

This year, 143 heads of state and government are believed to have registered to speak at the high-level week.

The 74th session of the General Assembly will also feature other high-profile events, including a Climate Action Summit and a high-level meeting on universal health coverage.