3 to die for killing woman, son in Rajshahi 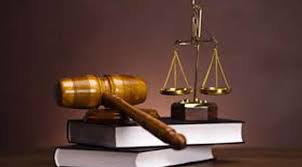 A Rajshahi tribunal on Wednesday sentenced three people to death and four others to life imprisonment for killing a woman and her son in 2014.

Rajshahi Speedy Trial Tribunal Judge Anup Kumar also fined the convicts Tk 10,000 each. If they fail to pay the fine, they will have to spend six more months in jail.

According to the prosecution, Aklima Begum, 45, of Deula village in Bagmara upazila was at loggerheads with her brother-in-law Abul Hossain.

On November 24, 2014, Abul and the other convicts attacked Aklima’s house. They slaughtered the woman and her 25-year-old son Zahid Hasan.

A case was filed over the murder.

Alamgir Hossain, inspector of Police Bureau of Investigation, pressed charges against the convicts in court on May 31 last year.

Forty-seven witnesses testified before the court.