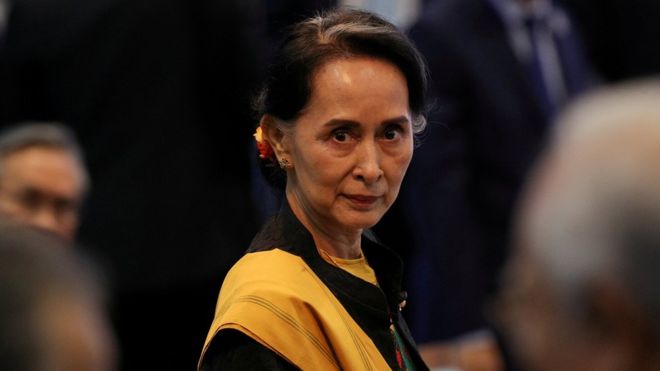 A UN human rights expert has implored Myanmar’s civilian leader Aung San Suu Kyi to ‘feel with her heart before it is too late’, saying that even if Rohingyas wished to return they have little to go back to.

Yanghee Lee, the Special Rapporteur on the situation of human rights in Myanmar, told the Human Rights Council on Tuesday the situation in Myanmar was of extreme concern, and was not what she and others had hoped to see nearly four years after the election of the National League for Democracy, reports AP.

“I’d like to ask the State Counsellor if the Myanmar that exists today is what she had truly aspired to bring about throughout the decades of her relentless fight for a free and democratic Myanmar? I implore you Madame State Counsellor to open your eyes, listen, feel with your heart, and please use your moral authority, before it is too late,” she said.

Despite international condemnation, Lee said Myanmar had done nothing to dismantle the system of violence and persecution against Rohingya, and that the Rohingya who remain in Rakhine live in the same dire circumstances that they did prior to the events of August 2017.

“They are denied citizenship and recognition, face regular violence (including in the context of the ongoing conflict between the Arakan Army and the Tatmadaw), are unable to move freely and have little access to food, healthcare, education, livelihoods and services,” she said.

“Myanmar claims to have done what is necessary for the repatriation to be successful, and continues to blame Bangladesh for any delay,” she said. “However, information I have leads me to believe that the contrary is true.”

Lee noted that satellite imagery showed the development of 34 camps, but said their precise purpose was unclear. She said they may be intended to detain the remaining Rohingya population and those who decide to return.

She said satellite imagery shows the extent of development in northern Rakhine, including six military bases that had been built on the site of destroyed Rohingya villages.

Of the 392 villages that were destroyed, there has been no attempt to reconstruct 320 of them, with 40 percent of villages having been completely razed to the ground.

“Some of that demolition occurred in 2018 and some even in 2019, and all of this is completely antithetical to the claim that Myanmar is ready to receive the refugees. I further note that under Myanmar’s land laws, burned land reverts to Government ownership. In this situation, even if the refugees wished to return to Myanmar, what have they got to go back to?”