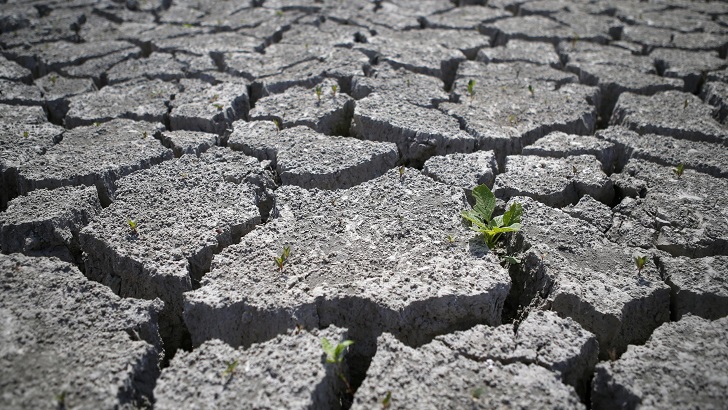 A small country of only 148,000 square kilometres with around 170 million people are crowding together, 1.02 per cent of population growth rate, 7 per cent of GDP growth rate, rapid urbanisation, rapid mega industrialisation, craze in establishing amusement parks, rest houses and luxury resorts in the cultivable land, mega housing projects, making personal duplex garden or farm houses, encroaching rivers, canals, lakes and natural wetlands, establishing numerous EPZs and EZs, fast moving towards the status of upper middle income nation, increasing per-capita income and purchasing power - all of the above signs and facts are indicating that Bangladesh is turning towards a city state with a small area of land along with huge population. And all of these are coming into being through hard labour of 100 million active population and influx of remittance of more than 10 million human resources of Bangladesh living all over the world and more than 5 million garment workers discharging their inhumane hard labour for defending competitiveness, acceptability and above all existence of our garment sector - the largest source of foreign exchange earnings of the country.

Urbanisation and industrialisation worldwide are increasing rapidly and we are also witnessing some sort of shifting of many countries towards middle income or developing countries. This shifting is inevitable. Rise of Asia is very much crucial for establishing a balance of power and wealth worldwide. And this is happening very rapidly. As a part of the rising Asia, Bangladesh is also moving towards a developing country faster than ever. Attitude, life style, rich cultural heritage and tradition of the people of this country hugely contributed to this faster growth. Fall and rise of the civilisations, colonial powers and the richest nations is a natural phenomenon of the globe. Such type of change and shifting of power, wealth sometimes come overnight and sometimes take ages to come into being.

Despite small area of land, the strategic geographical location of Bangladesh is highly significant. A substantial portion of this biggest delta of the world had been created throughout thousands of years and is still being expanded with silt carried out by hundreds of rivers. Two big sea ports and hundreds of river ports throughout the country have made this land of rivers a magnificent network of inland waterways. Only a couple of decades ago the economy of Bangladesh was fully agriculture based and was one of the poorest countries of the world. Almost 90 per cent people would live in the villages until late 70s. From the beginning of 80s gradual urbanisation started and now almost 40 per cent people are living in urban areas. The urbanisation is gaining rapid paces day by day.

According to the recent report of World Bank - Bangladesh is among the five fastest-growing economies of the world with a 7.3 per cent GDP growth projection in the fiscal year 2019. On the other hand, according to the latest report of HSBC Global Research - Bangladesh will be a $700 billion economy in 2030 from $300 billion now and is likely to be the biggest mover in the global gross domestic product rankings in 2030, becoming the 26th largest economy in the world from 39th now. HSBC's long-term growth model projections also showed that the real GDP growth of Bangladesh would be 7.1 percent per year up to 2030, the highest among the 75 countries included in the report.

In view of the above projection we may say that declining agricultural land area, cruel deforestation and changing of the landscape of Bangladesh would be inevitable in the coming days. In fact, 170 million people of Bangladesh live in 14.4 million hectares of land; per capita land is 25 decimal out of which only 15 decimal is cultivable. Population growth and such kind of massive urbanisation along with rapid industrialisation is decreasing availability of per capita land. According to the land ministry website, every day, the country is losing roughly 225 hectares of land and nearly 82,000 hectares of land annually on an average. Satellite images, many other research works and statistical survey are indicating the same trends.

According to the official data from Soil Resources Development Institute (SRDI) in 2010 crop agriculture land covers 9.5 million hectares in Bangladesh. On the other hand, Bangladesh Bureau of Statistics (BBS) estimated 8.52 million hectares is under crop land in 2010-11 and the Department of Agriculture Extension (DAE) stated in the Krishi (agriculture) Diary (2011), it is about 9.098 million hectares. The information regarding the shifting rate of agricultural land to non-agricultural use has been reported by the UNDP to be about 1 per cent per year.

But fortunately or unfortunately that is going to be a reality within next 30 years. Our rivers have already been severely polluted due to unplanned, incompliant industrialisation, urbanisation and housing projects all over the country. If this trend continues then what might be the landscape of Bangladesh in the near future? Will we not find the natural landscape of Bangladesh, narrow country roads, paddy field expanded to the horizon, charming sound made by numerous colourful birds? Will we not be able to find rural peace and tranquillity for a while keeping aside urban noise, business and pollution? Will we lose natural lake, wetlands? Will the free time of rural area people will be reduced to extreme business? Will all of us be reduced to a machine? Will we not be able to care or maintain communication with the relatives, friends, near or dear ones as we are witnessing in urban life and in developed countries?

Some statistics indicate that all the above apprehensions are coming into reality very soon. A recent study shows that Bangladesh is on the top in reducing cultivable farm land due to rapid urbanisation and industrialisation. On the other hand, according to the Planning Commission data as well as the research paper of the Food Planning and Monitoring Unit (FPMU) of the Ministry of Food which is also the Government unit responsible for monitoring the food security situation in Bangladesh, cropland is decreasing by 01 per cent every year. In recent years, per capita agricultural land has come down to only 0.05 hectare in 2009. It was 0.17 hectares in 1961, researchers said. In the neighbouring India, per capita cropland is 0.13 hectares while it is 11 hectares in developed countries. Researchers also predict the cropland in Bangladesh would go down below 6 decimals by 2050 if the trend continues.

In England many people, during the weekend or holidays, search for real villages or places where they could find peace and tranquillity, silence for some time getting out of extreme business and noises of city life. But finding out that king of dream villages or tranquil places is getting very tough for them day by day. This scenario is very common in most of the developed countries.

This inevitable scenario is also going to happen in our country very soon. But from the very beginning of the transition we should be more humane, more compliant, more logical, more foresighted, more organised, more planed, more environment friendly, more pollution free in urbanisation, industrialisation, deforestation and creation amusement parks, resorts and rest houses so that we could leave an healthy and enjoyable environment for the next generation.

The writer is a banker and a freelance