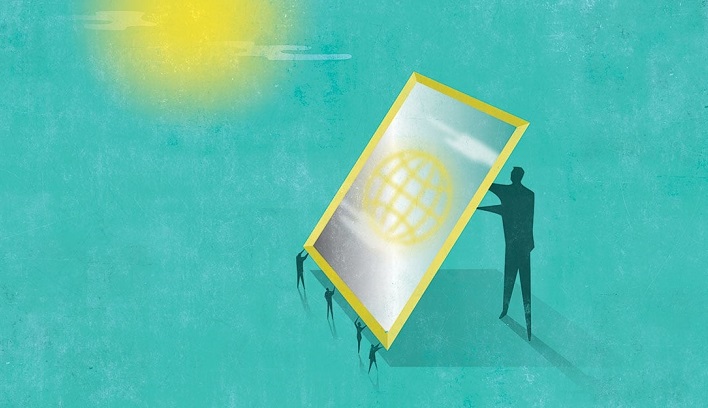 Different non-state actors including donor agencies have been stressing emphasis on the fact that the people should determine their own fate and thus they should have the power to decide their own courses. Citizens should have power to participate in the process of development at all stages. It is necessary for them to get involved in the process of decision making in order to take decision about the ways they want to be governed. If they are not consulted, there is an apprehension that the decisions may not serve their interests and wishes. Citizen Voice and Action (CVA) that promotes engagement between citizens and government is a relatively new discourse that is used as a mechanism of ensuring social accountability of the service delivery organisations.

Using CVA approach, citizens get an opportunity to remain united, strengthen their agency about their rights and entitlements, build a network and transform agency and network into action to hold the service delivery organisation accountable. In Bangladesh, like other donors, World Vision is practising CVA as a mechanism of social accountability in their NoboJatra Working areas which is being financed by the USAID. Having conducted research on different aspects of the project interventions, we have got a strong understanding of how CVA has become successful in holding service delivery organisations accountable. The main intention of this write-up is to explicate the role of CVA in the process of accountability.

NJP has been practising CVA approach in ensuring accountability in Water and Sanitation (WASH) services at the UP level. They have formed CVA working groups in each UP composed of people from different sections of the society along with people’s representatives. The project staffs provide them with training on their rights and entitlements in order to strengthen their agency. Then, they help them to conduct CVA working group meetings and follow up meetings ensuring the participation of people’s representatives and government officials. In the CVA working group meetings the participants use to identify their needs of the locality and place demands in different public forums including Ward Shava and Open Budget Meetings of the Union Parishads and government departments at the Upazila level.

In the follow-up meeting, they could not only get in touch with the UP representatives and government officials but also ask questions to them. Apart from the accountability issue, the follow-up meetings have turned into a place of rapport building among the service delivery organisations and the service recipients. It has been observed that many people could touch base with their people’s representatives and the government officials for the first time in this meeting. Even the people representatives and the government officials have been found very responsive in answering the queries of the local people. In this way, the accountability of the service delivery organisations has strengthened to a great extent within the intervention areas of NJP. Most importantly, CVA has helped a lot in bringing changes in the behaviour pattern of the community people in relation to the practice of safe drinking water, using sanitary latrine at the homes and practising safe sanitation. These have decreased the rate of sufferings for local people from different diseases.

Another aspect of the CVA approach is that it increases opportunities to build a network among the community people that is also used as a strong mechanism to influence the service delivery process. It has been observed that CVA members are visiting the UP and government offices at the Upazila collectively to ask for services and raise their voices against any sort of discrepancies in the service delivery process.

We cannot ignore the contribution of CVA approach in empowering women. Inclusion of women in the CVA group has not only created an opportunity to mainstream them in the public sphere but also help them to strengthen their knowledgebase about the delivery of WASH-related services which are two important factors of women empowerment. Different types of changes have been observed in the status of women in the family and communities. For instance, husbands of women have started to realise the essence of helping their wife in household responsibilities. They have started sharing their household activities in order to facilitate their participation in CVA activities. Even, women’s opinion has started to get respect at the household activities. At the community level, their mobility has increased and the community people have started to show respect to them. Unfortunately, they are still lagging in capacities to influence the decision-making process outside their homes. However, women have been found successful in bringing changes at the quality of community clinic related services within the project intervention areas. Of course, this is a new beginning at the project intervention areas. In the course of time, women will influence the decision making process at the public spheres.

Assurance Cell (IQAC) at the University of Rajshahi.