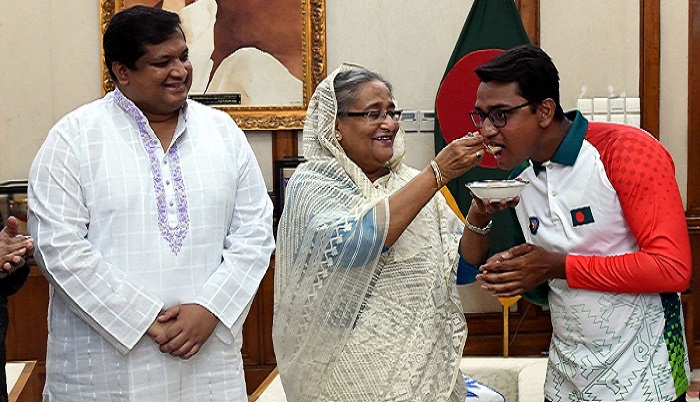 Prime Minister Sheikh Hasina on Tuesday assured of extending all possible support for the development of archery in Bangladesh.

She gave the assurance when Bangladeshi ace archer Mohammad Ruman Shana met the Prime Minister at her official residence Ganabhaban.

The premier congratulated him for his outstanding success in the Asia Cup World Ranking Archery.

The Prime Minister greeted Ruman Shana by entertaining him with sweetmeats.

At the time, State Minister for Youth and Sports Zahid Ahsan Russel said it is possible for Bangladesh to achieve good results in the next Olympic Games if the Prime Minister continues to patronise and encourage archers in this way.