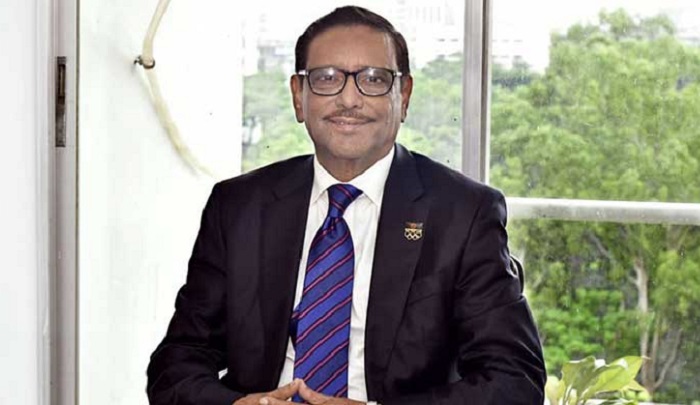 Awami League General Secretary Obaidul Quader said he will not announce candidacy against the same post but would continue if party president Sheikh Hasina chooses him again.

Obaidul Quader also the Road Transport and Bridges minister revealed his decision at a press conference about current affairs, at the secretariat on Tuesday (September 17) adding there is no problem to exit from the post if she wants.

"I will find no objection if she changes the charge. I will welcome if any new face comes up," said Quader.

He said whether he will continue as general secretary will depend on Awami League President Sheikh Hasina's will as she is the party supremo (a person in overall charge of an organisation).

Quader further said he is lucky to become Awami League general secretary which is a matter of "great honour".

However, Awami League's national council is slated for December 20, 21 this year.