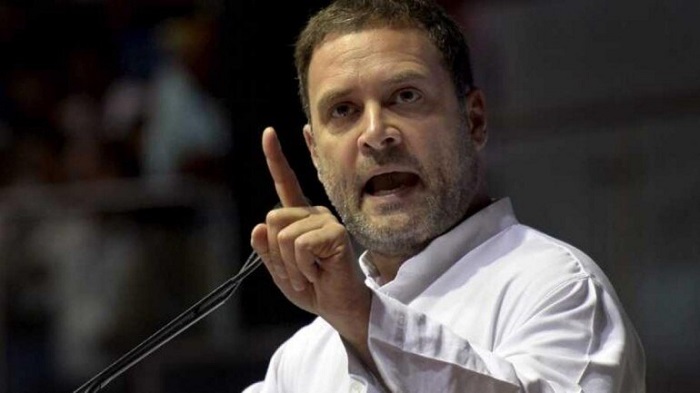 The government is trying to "remove nationalist leaders like Farooq Abdullah" to create a political vacuum that will be filled by terrorists, Rahul Gandhi said on Tuesday, targeting the government for the veteran Jammu and Kashmir leader's detention under the stringent Public Safety Act (PSA).

"It's obvious that the Government is trying to remove nationalist leaders like Farooq Abdullah Ji to create a political vacuum in Jammu and Kashmir that will be filled by terrorists. Kashmir can then permanently be used as a political instrument to polarise the rest of India," tweeted the Congress leader.

Several opposition politicians have denounced the move to use on Farooq Abdullah the PSA, a law that enables detention for up to two years without trial and has so far been applied to terrorists, separatists and stone-throwers in Jammu and Kashmir.

Mr Abdullah will face the section of the law that deals with disturbing public order, which would mean a minimum of three-month detention. His home in Srinagar will be designated a "jail" for his detention.

Till now, the 83-year-old three-time Chief Minister of Jammu and Kashmir had been under unofficial house arrest for six weeks without any formal paperwork. A formal charge was brought against him on Monday, as the Supreme Court took up a petition asking for his immediate release.

Hundreds of Jammu and Kashmir politicians, including Omar Abdullah - Mr Abdullah's son - and Mehbooba Mufti, both former chief ministers, have been arrested or detained as party of a security clampdown since August 5, when the government declared that special status to the state under Article 370 would end and it would be split into two union territories.

Farooq Abdullah, however, is the first mainstream politician and the first MP to be charged under the PSA. The decision was seen by many as an attempt to pre-empt any court decision forcing his release.

CPM leader Sitaram Yechury called the move a "cowardly afterthought" by the ruling BJP. "Farooq Abdullah has stood by India through thick and thin. Why has the PSA been imposed? This is a cowardly afterthought by the BJP government with no respect for either India or its Constitution," Mr Yechury said.

DMK leader MK Stalin tweeted that the move was "excessive, arbitrary and unlawful".