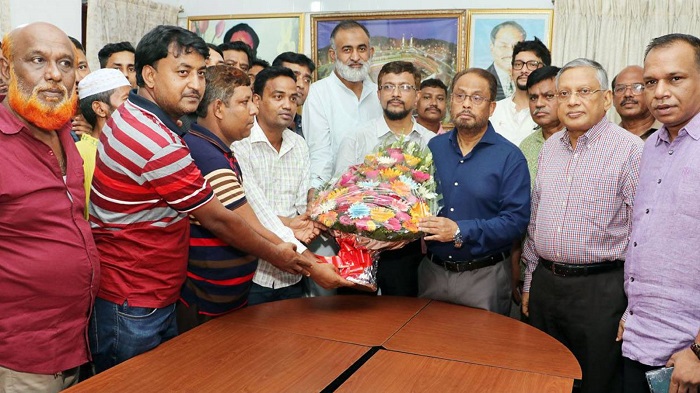 BNP leaders and activists from Gulshan, Banani and Mohakhali areas joined Jatiya Party by presenting a bouquet to GM Quader at a programme held at his Banani office.

Quader welcomed them and urged them to work to make the party stronger so that JP can fill the prevailing vacuum in politics and play an effective role, living up to the expectation of the people.

“People now want to keep their confidence in Jatiya Party to fill the current political vacuum. Our party will meet their (the people’s) expectations,” Quader told newcomers.

GM Quader said Jatiya Party will build a developed and prosperous Bangladesh with the support of the people.

He described his elder brother and Jatiya Party founder HM Ershad as “the genuine friend of the poor and destitute” who worked for their welfare throughout his life.

“We’re moving forward to implement the ideals and programmes of ‘Pollibandhu’ (Ershad’s nickname). We hope that those who joined our party will prove themselves worthy followers of HM Ershad,” he added.