India's batting approach in focus as stage shifts to Mohali 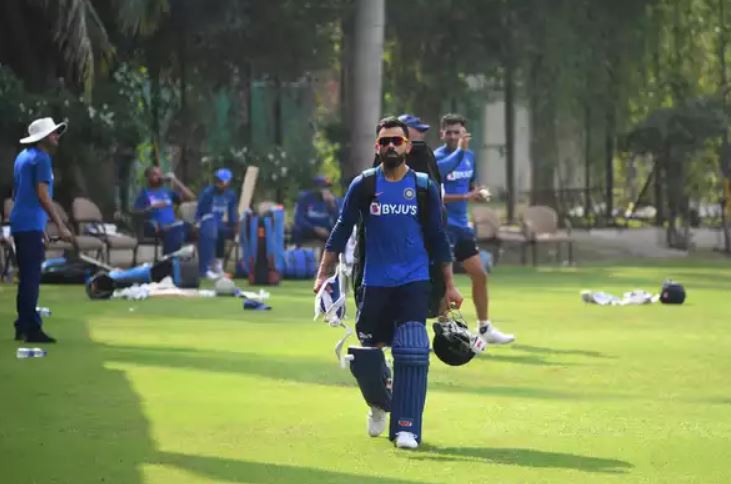 Dharamsala was a bummer. Probably more so for South Africa than their hosts, India. A week of hard work and toil in the sun, only for the persistent thunderstorms to wipe out any possibility of their T20I series opener.

That's one game less against one of the better teams on the circuit, in foreign conditions, in the lead up to the T20 World Cup that comes next October. Effectively it's now down to a two-match affair, the first of which will be played in Mohali on Wednesday (September 18).

It is homecoming of sorts for David Miller and pacer Beuran Hendricks, who are both familiar with the conditions here having played for the Mohali-based franchise in the Indian Premier League. Miller, especially, boasts of a terrific record at the venue. He comes into his own at the IS Bindra Stadium as the numbers suggest, averaging nearly 42 for Kings XI Punjab and striking at over 150 here. A reminder of the good times he's had here would be good to start off the tour from South Africa's point of view.

India's potential top-three - Rohit Sharma, Shikhar Dhawan and Virat Kohli - have their own reasons to feel nostalgic. Kohli, in fact, recently did publicly "remember" a knock and a partnership here, from back in 2016, which was widely misinterpreted as a farewell post for MS Dhoni. But, he doesn't seem to be going anywhere. Not with all the current chatter around Rishabh Pant and his recklessness that didn't go down with the captain and the coach, at least.

Otherwise, little has changed from Dharamsala to Mohali - a transitioning South African side will be up against the mighty hosts with equally concerning gaps to plug in both sides. The conditions though may tempt South Africa into tweaking their line-up a bit to accommodate another spinner at the expense of a pacer/medium-pace all-rounder, while India ponder on their spin make-up that might just see the most experienced of them all - Ravindra Jadeja - sitting out for variety.

What to expect: Mohali has traditionally been a batsman's delight despite its long boundaries. The pitch here has been well baked in sun in the lead-up, for the weather here has been in sharp contrast to that of Dharamsala. The heat and humidity peaks through the day but it promises to get more bearable by the scheduled start time. And with no rain on the cards for Wednesday, the series should finally get underway with an uninterrupted game. Chasing has been a trend here, with the expected due likely to play a part in the decision-making at toss.

India: If Hardik and Krunal's impromptu net session on a travel day, on Monday, is anything to go by, the Pandya brothers are set to feature in India's eleven together after a long time. Speaking of brothers, there's a strong case for the Chahar cousins also to feature alongside each other again for a second game on the trot should the hosts want to persist with the legspin option in Rahul. In which case, if offspinner Washington Sundar is also persisted with to let him have a crack at Quinton de Kock at the top, Ravindra Jadeja could be the likely causality. However, it does rob India of an extra batting option down the order.

South Africa: Of all four uncapped players, Temba Bavuma is most certain to get a debut match as South Africa brought just five specialist batsmen on tour. Left-arm spin all-rounder George Linde could be another one to be handed his maiden cap should South Africa want an additional spinner to assist Tabraiz Shamsi. Perhaps the tougher choice that the visitors have to make is between Junior Dala and the uncapped Anrich Nortje. There's an interesting rivalry brewing between Dala and Rohit Sharma, which the bowler is winning hands down for now, and then there's KKR recruit who brings to the table serious pace to trouble the Indians.

"In the recent past maybe T20 cricket was not taken seriously in international cricket but now we're preparing for World Cup, and all these games are going to be important. As far as going hard at the top, we have the team and the players and we can afford to go a little hard. We'll try a few different things in the coming series and see what works for us. Again, all we are asking from the batters is to play with intent, backing your strengths and go for it with a game plan" - Vikram Rathour, India's assistant batting coach,on whether India's top-order would be improvising their batting approach in first-10 overs.

"It is a bit of a negative, obviously. We would like to have got a shot at three games against the Indian team. Leading into the World Cup, to lose out on a game in different conditions is not quite ideal. But it is what it is now, you'll have to deal with it." Quinton de Kock, South Africa captain,on rain washing out a crucial game in World Cup prep.