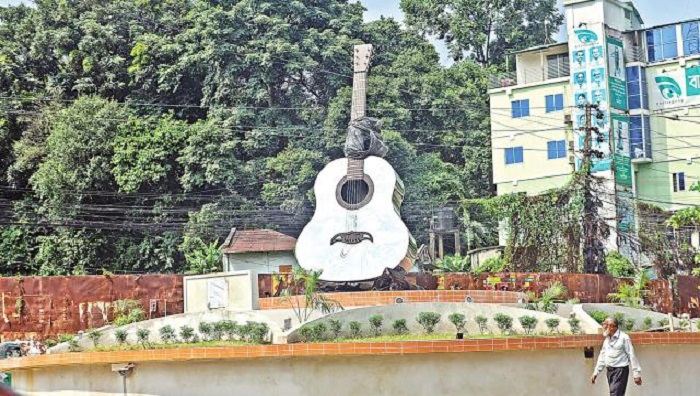 A sculpture of silver guitar (Rupali Guitar), set commemorating Bangladesh's rock legend and founder of musical band LRB Ayub Bachchu at the Probortok intersection of Chattogram, will be inaugurated on Wednesday.

The Probortok intersection will also be named “Ayub Bachchu Square”.

The sculpture of the 18-foot-high guitar, made of steel and having six strings, was completed on August 8. It was made representing Ayub Bachchu's unforgettable melody Rupali Guitar.

The legendary singer died of a heart attack at the age of 56 on October 18 last year.