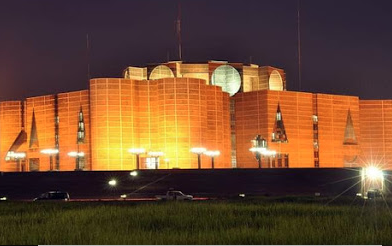 The Parliamentary Standing Committee on Foreign Affairs Ministry urged the Home Ministry to take stern action against those involved in human trafficking aiming to protect innocent people from trafficking and the country’s image abroad.

The parliamentary watchdog came up with the call at its sixth meeting held at Sangsad Bhaban here with committee chairman Muhammad Faruk Khan in the chair, an official release said.

During the meeting, participants asked the Foreign Ministry to continue its efforts so that international community play an effective role in bringing illegal Bangladeshi migrants back home from different countries.

They recommended enhancing diplomatic efforts to persuade the missions of different countries, including the USA, Canada, Bangkok, Germany and England, in Dhaka to make visa process easy for the citizens of Bangladesh.

Secretaries concerned and senior officials of the foreign ministry and JS Secretariat were present.