Onion prices likely to come down within 24 hours 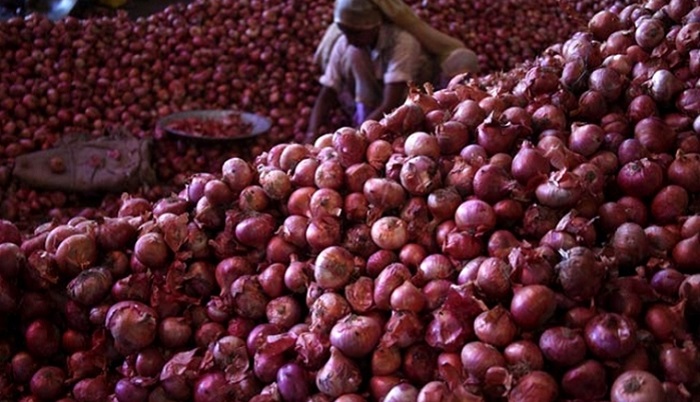 The secretary told this at a meeting with several stakeholders held at the Ministry of Commerce in the capital on Tuesday.

Abu Raihan Alberuni said, “We’re confident enough that the prices of onions would come down after this meeting. We want positive help from journalists.”

He, however, did not explain what steps have been taken in this regard.

Secretary Dr. Jafar Uddin said the skyrocketing price of onion will not continue after today’s meeting as they have tightened market monitoring.

“If need they will sit again after 2-3 days. They also discussed over import onion from Myanmar or other countries, “he said.

Onion prices surged overnight after traders hiked rates in the wake of a restriction imposed by India on shipments of tubers to other countries to contain its domestic prices.

The Indian authority slapped $850 (Tk 71,821) as a minimum export price for per tonne of onion on September 13, a move that made onion market highly volatile here as Bangladesh meets a portion of its annual demand for the key cooking ingredient through imports for inadequate domestic production.