Bangladesh will be under pressure: Sean Williams 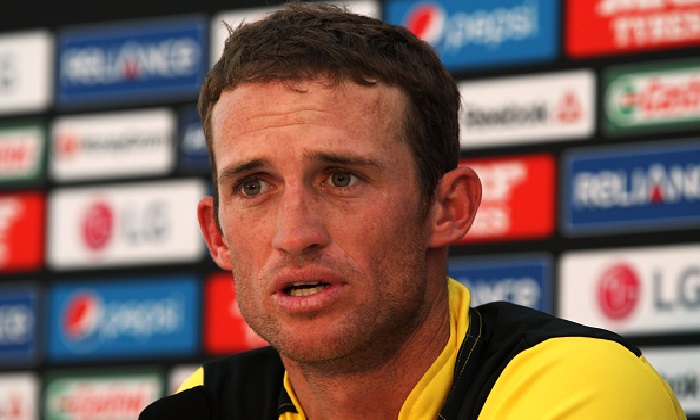 Having been winless in the tri-nation series so far, time is quickly running out for Zimbabwe, who need to pull up their socks and come up with strong performances in their upcoming games to stand a chance of making it to the final.

With their next game scheduled against hosts Bangladesh, who are smarting from a defeat against Afghanistan, Zimbabwe all-rounder Sean Williams feels his team has a good chance against the under-pressure hosts.

"It is definitely," replied Williams in the affirmative when asked if this was the best chance to push Bangladesh. "Like I said, if we focus on what we need to do, everything will take care of itself. They are under pressure, we know that. But you know again it goes back to us doing the basics.

"I think Bangladesh is a very strong team all round. They have got a very good structure going all the way down to the club levels. T20 cricket can go either way. Like I said, fine margins. You know, they have got some very very good players, some very experienced campaigners. They have Shakib, Mahmudullah, Mushi. You know they are all very good players and we respect that fact. So, no game we are ever going to take lightly. We would just like to go out there, focus on our own things and do what is required for our team," he added.

With a few inexperienced players in the Zimbabwe set-up as far as the Bangladesh conditions are concerned, Williams stressed on the importance of the senior players in the team to lead by example. Admitting that some of them haven't been up to the mark in the current series, Williams hoped they can step up in the upcoming games.

"What we do as senior players is important as a backbone of the team to teach them for the future. Obviously, there has been a few of us under-performing of late. So we need to step up as a senior group and obviously get the junior following. They got us out of trouble twice now. If the seniors can step up i.e. Craig [Ervine], myself, Brendan is showing signs of very good form on its way. So, yeah, if we can step up I think we have a very good chance."

With all the politics that dominated Zimbabwe cricket's news, with the team being barred by the ICC from participating in events conducted by the cricket governing body, Williams said the current series has been a good opportunity for the team to bond and put on a united front. "It is extremely important. Obviously, we have learnt a lot from what we have been through. And I think you can see the team starting to bond more and more and come together more as a unit."

Zimbabwe travel to Singapore next for a tri-nation series in September-October, which also involves Nepal apart from the host nation. With the current series being Hamilton Masakadza's swansong, Williams will lead the team in Zimbabwe - an opportunity that he's looking forward to.

"Obviously leading up to the Singapore series with the young guys coming to join the squad, a couple of the senior guys going across to Singapore, I think it is going to be exciting. I really look forward to having those junior guys coming through the ranks. They are really showing signs, some of them could be world class players. I wish them all the very best and hopefully we can watch them go all the way."