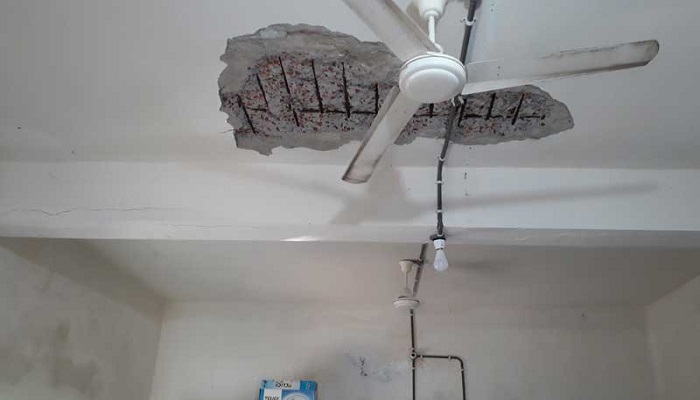 Panic seized the teachers of the Gafargaon Government College of Mymensingh as chunks of ceiling plaster broke off at the office room of commerce faculty of the college yesterday.

The incident came to the notice of office employees when they opened up the room on Tuesday morning.

No casualty was reported in the incident as it took place yesterday night when the college was closed, the employees said.

However, a plastic chair of the office room got damaged and cracks appeared on different portions of the ceiling.

Associate Professor Shahidur Rahman, head of the management department, said, “We are worried after the incident. None was injured as the incident occurred at night. If the incident took place during the office time and chunks of ceiling plaster fell upon anyone, he or she might die.”

The associate professor also expressed his concern as the beams of the building developed several cracks too.