Train to ply on the day of Padma Bridge's inauguration: Minister 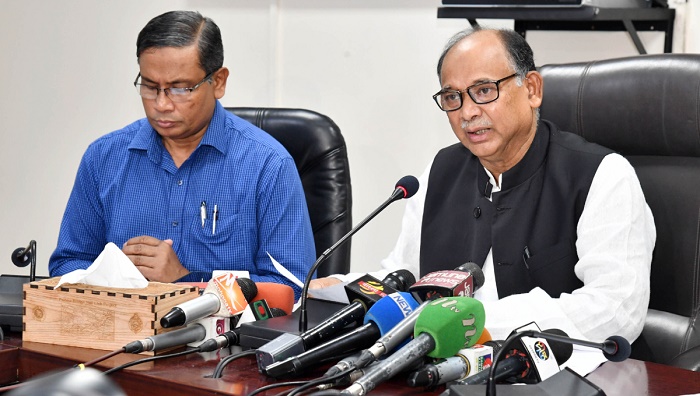 The train communication will begin on the day of inauguration of the much-expected Padma Bridge as the government is working in this regard, said Railways Minister Nurul Islam Sujan.

He revealed this information at a press conference organised about the recent India and China tour at the auditorium of Rail Bhaban in the city on Tuesday.

The minister said, “We are working relentlessly to make the rail communications of the country modern and time-befitting. Different projects financed by China and India are also going on."

“We are giving highest priorities to the rail sector for the sake of 16 crore people of the country. We are trying to turn single rail tracks into double tracks. Besides, we are introducing trains in new routes of the country,” Nurul Islam Sujan said.