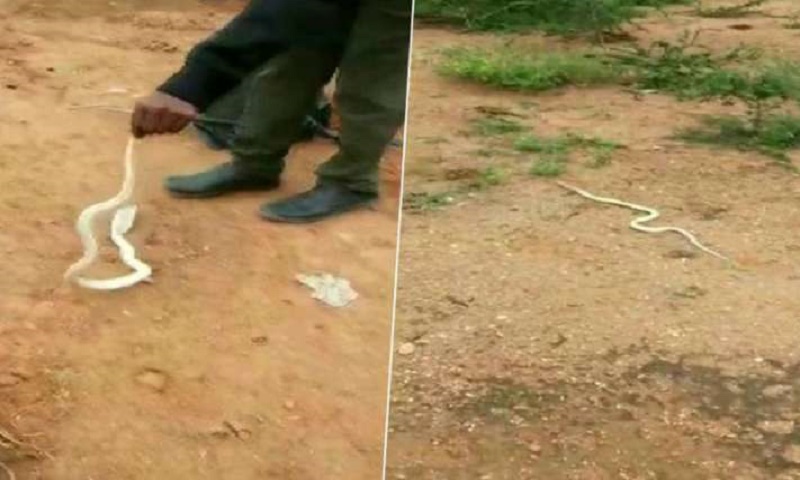 A three-foot-long cobra was stuck in a pit and later rescued. However, this is not what that has piqued the interest of tweeple. It’s the images of the snake that has created a stir among people. It’s because, the colour of the rescued reptile is white, reports Hindustan Times.

The snake was stuck inside a pit in a residential area in Edayarpalayam area of Coimbatore, Tamil Nadu. And, it’s a man who rescued the reptile from the pit with help of an iron road.

People expressed their surprise at the colour of the reptile. There were also some who commented that white cobras are “rare.” Some even commented that it’s “beautiful.”