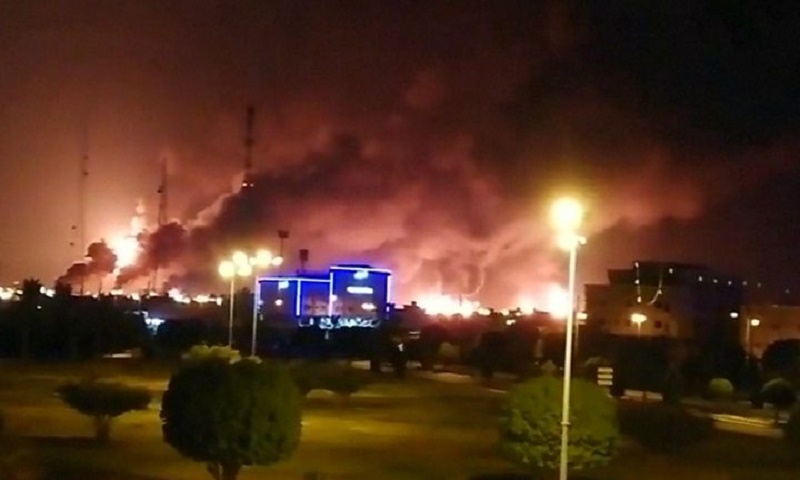 Oil prices ended nearly 15% higher on Monday, with the Brent benchmark seeing its biggest jump in about 30 years.

The rise came after two attacks on Saudi Arabian facilities on Saturday knocked out about 5% of global supply.

The strike, which the US blames on Iran, has sparked fears of increased risk to energy supplies in the region.

However, prices remain below Brent's 12-month high of $86.29 a barrel seen last October, when West Texas Intermediate also climbed to more than $76 a barrel.

The drone attacks on plants in the heartland of Saudi Arabia's oil industry hit the world's biggest petroleum-processing facility as well as a nearby oil field, both of which are operated by energy giant Aramco.