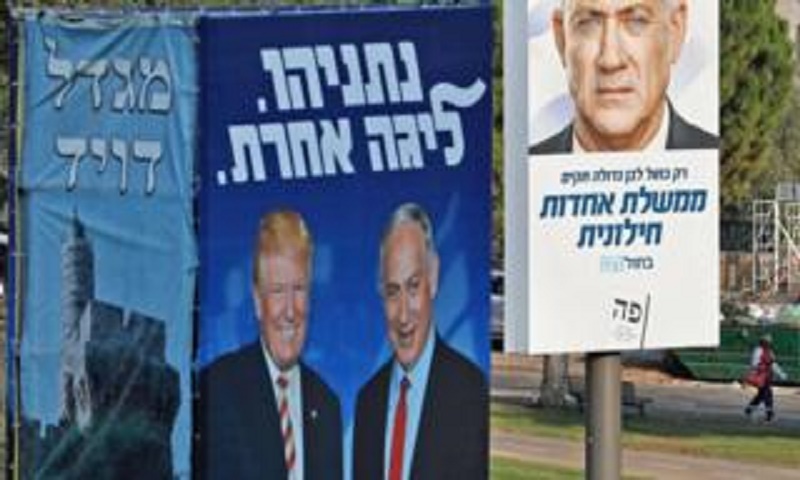 Israelis are voting in their country's second general election in five months.

Smaller parties could therefore have a big say in the final outcome.

Negotiations on the formation of a new coalition are expected to start as soon as voting ends at 22:00 (19:00 GMT) and exit polls are published.

Likud and Blue and White came away with 35 seats each in the 120-seat Knesset.

Mr Netanyahu declared victory and it appeared that he would be able to secure a majority with the backing of smaller right-ring and religious parties. But after several chaotic weeks the attempted coalition-building collapsed into recriminations.

Why could smaller parties be key?

The final polls suggested no clear route to government for either Mr Netanyahu or Mr Gantz.

Avigdor Lieberman, an ally-turned-rival of the prime minister and leader of the right-wing secular Yisrael Beiteinu party, could end up holding the balance of power.

He prevented Mr Netanyahu forming a coalition after the last election because he refused to back down in a longstanding dispute with religious parties over a bill governing exemptions from military service for ultra-Orthodox young men.

Mr Lieberman has said the only way he will help return Mr Netanyahu to office after Tuesday's vote is if Likud agrees to a secular unity government and shares power with Blue and White - something the prime minister has ruled out.