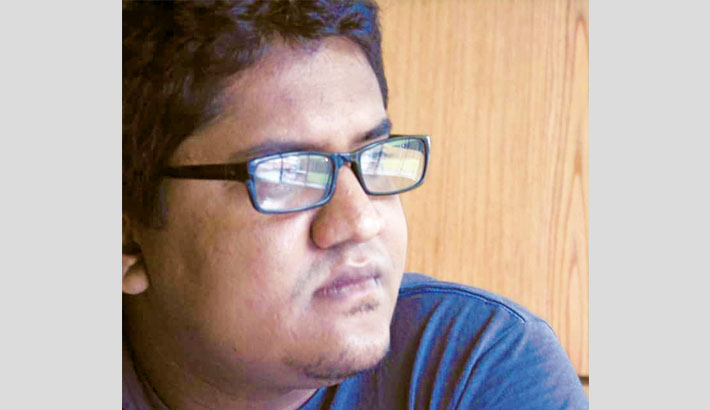 Religious harmony is a conceivable condition, signifying peaceful co-existence of practitioners of various religious beliefs, aimed at eliminating the possibility of discord – violent or non-violent. Such a condition calls for a global level of understanding that all religions are mutually acceptable per se in terms of their basic tenets as well as manifestations in human behaviour along with all ramifications of traditions and their evolution to the contemporary life.

The Qur’an says, ‘Lakum deenukum waliyadeen’ which means, ‘to each, his own religion’ (109: 6). The Prophet Muhammad (pbuh) too had set an example of this principle in Madinah when he issued a charter called Sahifatul Madinah (Madinah Declaration). According to this charter every citizen of Madinah had the freedom to follow his own religion.

The Dalai Lama, the spiritual leader of Tibetan Buddhism, has said that harmony among our different religious traditions is essential for world peace. Genuine harmony should be founded on mutual respect. And respect should be based on a recognition that all the world's major religious traditions are similar in having the potential to help human beings live at peace with themselves, with each other and with the environment.

Bangladesh is a nation in which communal harmony exists. People of different ethnic and religious background have been living in peace for thousands of years. The Father of the Nation Bangabandhu Sheikh Mujibur Rahman worked to establish a non-communal Bangladesh. Bangabandhu dreamt for a non-communal Bangladesh which reflects on the four fundamental principles - secularity, nationalism, democracy and socialism - of the 1972 Constitution. The people irrespective of religion, caste and creed fought for independence together under the leadership of Bangabandhu. They took part in the war to enable all to enjoy equal rights and it had been incorporated in the Constitution that the Father of the Nation presented to us after independence. But the secularism principle was removed from the Constitution in 1977 by the 5th amendment by Ziaur Rahman and also declared Islam as the state religion in 1988 by Muhammad Ershad.

The four-party alliance led by Bangladesh Nationalist Party (BNP), which is infested with fundamentalist and communal forces, came to power following the 8th general elections held on 1st October 2001. The range of human rights violations that the coalition government under the stewardship of Khaleda Zia and Motiur Rahman Nizami has committed in Bangladesh since its assumption of power is inconceivable in any sovereign, independent state. The coalition government has been quite successful in setting examples of torturing and killing members of minority religious and ethnic communities.

However, in 2010, Bangladesh Supreme Court declared the 5th amendment illegal and restored secularism as one of the basic tenets of the Constitution. The Constitution of Bangladesh thus incorporated ‘secularism’ as a ‘fundamental principle of State Policy’ which “shall be realized by the elimination of- a) communalism in all forms; b) the granting by the State of political status in favour of any religion; c) the abuse of religion for political purposes; d) any discrimination against, or persecution of, persons practicing a particular religion.” It also states that “the State shall endeavour to ensure quality of opportunity to all citizens.” While the ‘fundamental rights’ stated in the Constitution ensure, “all citizens are equal before law and are entitled to equal protection of law. The State shall not discriminate against any citizen on grounds only of religion, race, caste, sex or place of birth.” Thus, the provision of ‘non-discrimination on the ground of religion’ is guaranteed as a fundamental right under the Constitution. The Constitution also provides that every citizen of Bangladesh has the freedom to adopt a religion or belief of his/her own choice. Moreover, every citizen of Bangladesh has the right to profess, practise or propagate any religion. Every religious community or denomination has the right to establish, maintain and manage its religious institutions.

Recently Prime Minister Sheikh Hasina has urged members of the Hindu community not to undermine themselves by saying minority. She told the Hindu community leaders, “I don’t know why you call yourselves minority time and again … are you not the citizens of the country? Are you not the people of the country? Is it not your birthplace? So why will you belittle yourselves by mentioning minority?”. Sheikh Hasina went on saying: “This land is yours, this country is yours and it’s your birthplace. Why you don’t have such a belief? … I feel very bad when I hear it.”

Bangladesh is an excellent example of a nation having unflinching social and religious harmony. A rich culture of tolerance and respect amongst individuals regardless of beliefs and viewpoints makes this country a model of communal harmony. Their liberal dispositions have added to the synchronisation of the nation. Bangladesh is a country where colourful festivals are held throughout the year in a befitting manner with great zeal and zest. Certain festivals are deeply rooted in the social organism, and they continue to entertain people from generation to generation. The biggest religious festival is Eid-ul-Fitr. Other Muslim festivals include Eid-ul-Azha, Eid-e-Miladunnabi, Muharram and Shab-e-Barat. Various other occasions that are celebrated by other communities include Durga Puja of the Hindus, Christmas celebrated by the Christians and Buddha Purnima of the Buddhists. These festivals do not only have the stamp of religion, but they bear the mark of the community and the nation.

There are some misconceptions about secularism. But secularism doesn’t mean impiety and its meaning is that the people will perform their respective religions freely. Religion is for individuals, but festivals and state are for all. The people irrespective of religion, caste and creed are celebrating every festival in the country together. But still it is reported that in some areas of Bangladesh miscreants attack puja mandap and vandalise idols.

There are many ways to realise religious harmony, among which religious dialogue is an important one. Only when religious harmony is considered the highest spiritual objective can the dialogue have clear direction and inexhaustible drive. We need to start from now, start with ourselves, start with small steps, and push towards this goal in an unyielding spirit. To promote religious harmony, we need to advocate the idea of “harmony with uniformity” and must learn to respect each other. We should realise that mutual good relations and respect can play a very important role in building an inclusive society.