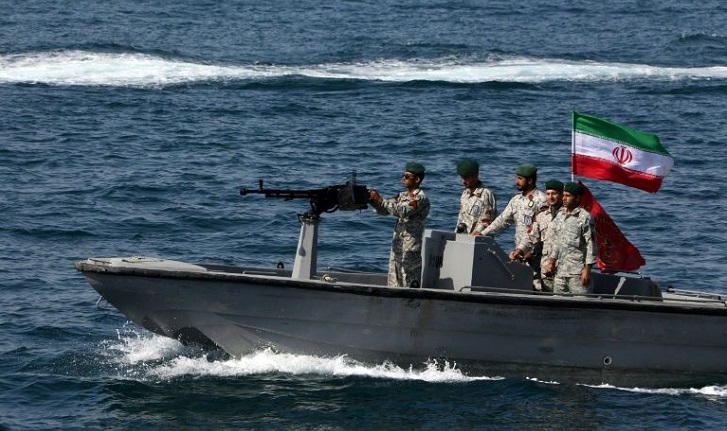 Iran has seized a boat suspected of being used to smuggle fuel and arrested its 11 crew members near a vital oil shipping lane, state television reported on Monday.

A naval patrol of the Islamic Revolutionary Guard Corps intercepted the vessel carrying 250,000 litres of fuel near the Strait of Hormuz, state TV's website said, citing a commander of the force.

"This boat was sailing from Bandar Lengeh towards United Arab Emirates waters before it was seized 20 miles (32 kilometres) east of Greater Tunb island," Brigadier General Ali Ozmayi was quoted as saying.

"The boat's 11 crew members have been arrested," he added, without saying when it happened or giving their nationality.

State television broadcast footage from the deck of a trawler-sized vessel with open hatches showing tanks full of what appeared to be fuel.

It is the second such seizure this month, after a boat suspected of smuggling fuel was detained and its 12 Filipino crew members arrested in the Strait of Hormuz on September 7.

The news of the latest incident comes with tensions brewing in the Gulf after weekend drone attacks on two major Saudi oil installations that the United States has blamed on Iran.

Arch-enemies Tehran and Washington have been locked in a tense standoff since the US in May 2018 unilaterally pulled out of a multilateral accord that limited the scope of Iran's nuclear programme in exchange for sanctions relief.

The escalation has been accompanied by ships being mysteriously attacked, drones downed and oil tankers seized in the Strait of Hormuz -- a chokepoint for a third of world's seaborne oil.