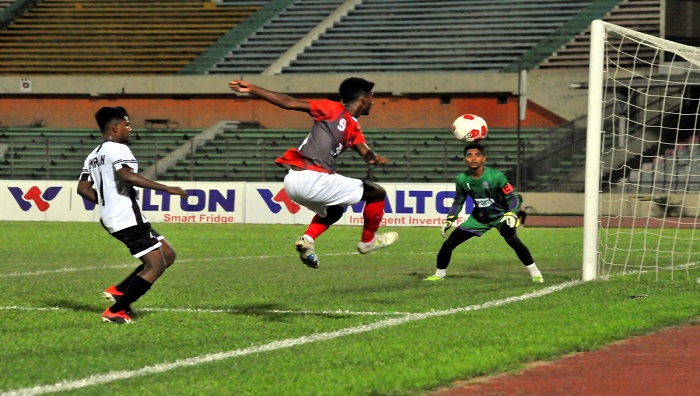 After a goalless first half, Sabbir, Rahan and Shuvo scored one each for the kings in the 51st, 63rd and 70th minute respectively

In the day’s other match, Arambagh KS also managed a 3-0 goals victory over Rahmatganj MFS at the same venue Monday afternoon.

After a barren first half, Akash put Arambagh KS ahead in the 55th minute from a penalty while Rahul added two more goals in the 72nd and 83rd minutes

In the next match on Tuesday, Chattogram Abahani Limited will play Brothers Union Club at 4 pm at the same venue