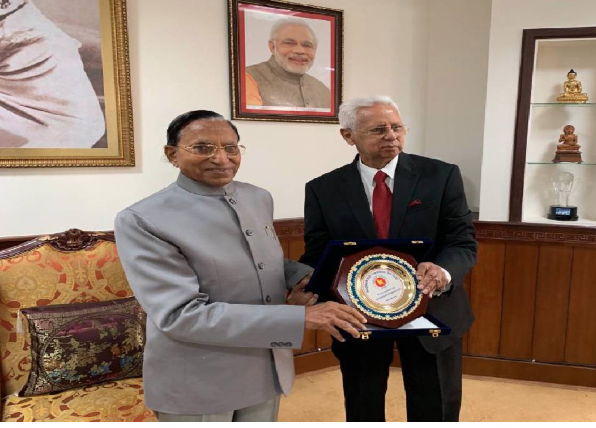 Bangladesh High Commissioner to India Syed Muazzem Ali on Monday said the bilateral relations between Bangladesh and India reached the best-ever one with the current focus being on key areas – trade, investment, connectivity and energy.

He credited the dynamic leadership of Prime Minister Sheikh Hasina and Prime Minister Narendra Modi for taking the relations between the two countries to a new height.

Muazzem Ali was delivering a key note address on “India-Bangladesh relations” at Sikkim University in Gangtok to the students, faculties and officials of the prestigious institution.

Highlighting Bangladesh’s outstanding socioeconomic success under the visionary leadership of Prime Minister Sheikh Hasina, he said Bangladesh today is one of the fastest growing economies of the world with a record 7.86 percent GDP growth last year, and 8.13 percent so far in this fiscal year.

He said India too is fast emerging as a global economic power with strong growth coupled with scientific and technological achievements.

The envoy stressed all-round economic cooperation between the two countries, saying that the successes of both the neighbours offer each other opportunities to further deepen their economic relations.

“It has gone beyond the strategic partnership level and now encompasses all aspects of our bilateral cooperation. We’re confident that the reelections of both the Prime Ministers with landslide victories in their national elections will enable us to further consolidate and expand the ever-increasing bilateral ties, based on shared vision and mutuality of interest,” said the High Commissioner.

He mentioned that Prime Minister Sheikh Hasina is scheduled to visit New Delhi in the first week of next month from October 3-7. “We hope the visit would further strengthen our cooperation.”