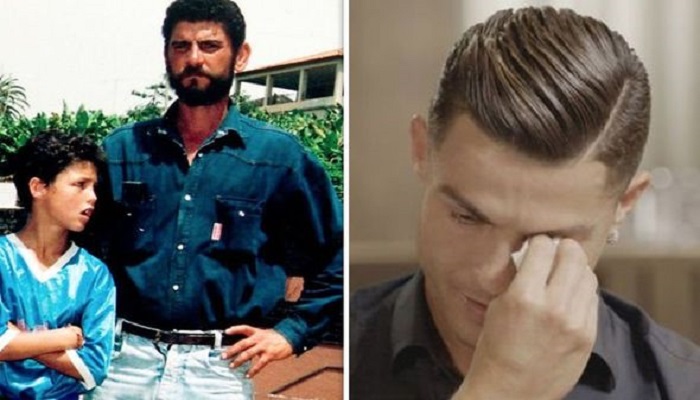 Cristiano Ronaldo, who has made his oppositions cry with his on-field performances, broke down in tears during a recent interview after he watched a video featuring his late father who died 14 years ago.

Ronaldo became emotional thinking about his late father who never witnessed him "receive awards" and reaching the great heights. When the host of the Talk show Piers Morgan enquired what was that made him so emotional, Ronaldo replied that he had never seen this video before.

Explaining the reason as to why he became so emotional after watching the video, Ronaldo said that he became number one but his father never saw him achieve anything.

"My family see, my mum, my brothers, even my old son. But my father, he didn't see nothing," the Juventus star added.

Ronaldo was last seen in action representing his club Juventus in their Serie A clash against Fiorentina on Saturday which ended in a goal-less draw.

During the international break, Ronaldo scored four goals in the Euro 2020 Qualifiers against Lithuania away from home.

Ronaldo's first goal was a penalty. The second, with the scores level after an hour, was a scuffed low shot from outside the penalty area which took a couple of bounces off the artificial turf before it was parried into the air by the diving Ernestas Setkus.

The dropping ball hit the back of the goalie's head before rolling in. The third was a clinical volley from close range. The fourth was a low shot into the corner.

The victory over Lithuania, 130th in the world rankings, kept Portugal five points behind Ukraine at the top of Group B.