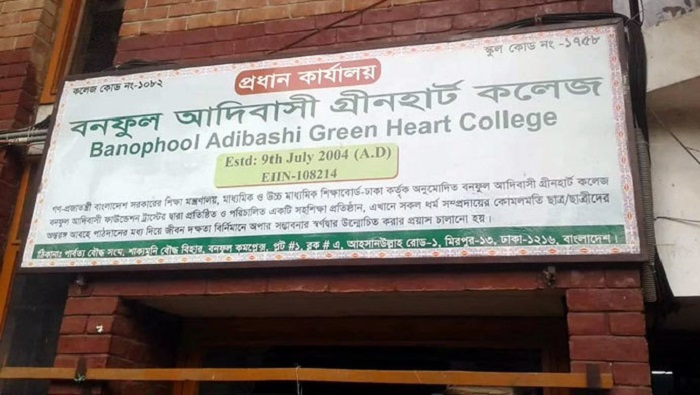 A class XI student of a college in the capital attempted to commit suicide by jumping from the third-floor of the college building after his guardian was scolded by the principal over mobile phone.

The student was identified as Shahriar Alam Akash, a class XI student of Banophool Adibashi Green Heart College at Mirpur-13 of the city.

He was admitted to the Shaheed Suhrawardy Medical College and Hospital, where he was undergoing treatment.

Protests broke out immediately on the college campus after the incident of attempting suicide by their mate spread out.

They were accusing the college principal for the incident.

Students said that the college authorities phoned Akash’s mother and scolded her on Monday morning as he cut a sorrow figure in the examinations. A quarrel between the students and his mother broke out over this issue at their resident. Later, Akash rushed to the college and jumped from the third-floor of the college building.