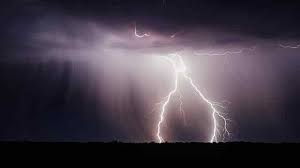 A labourer was killed by lightning strike in Bakshiganj upazila in Jamalpur on Monday noon.

The deceased was identified as Badiuzzaman, 35, son of Yunus Ali, hailing from Char Kamalerbarti village of the upazila.

The incident took place at 11: 00 am at Char Kamalerbarti village of Sadhupara union of the same upazila.

Confirming the news, Mahmudul Alam Babu, chairman of Sadhupara Union parishad (UP), said thunderbolt hit Badiuzzaman when he was fishing in a pond near his house at the area, leaving him dead on the spot.